To generate insights and evidence to inform urban transformation in African cities, ACRC has incorporated a systemic approach layered through a political settlements lens to contextualise possible conditions for urban reform. In Nairobi, ACRC has commissioned research within four thematic domains: safety and security, structural transformation, housing, and health, wellbeing and nutrition. 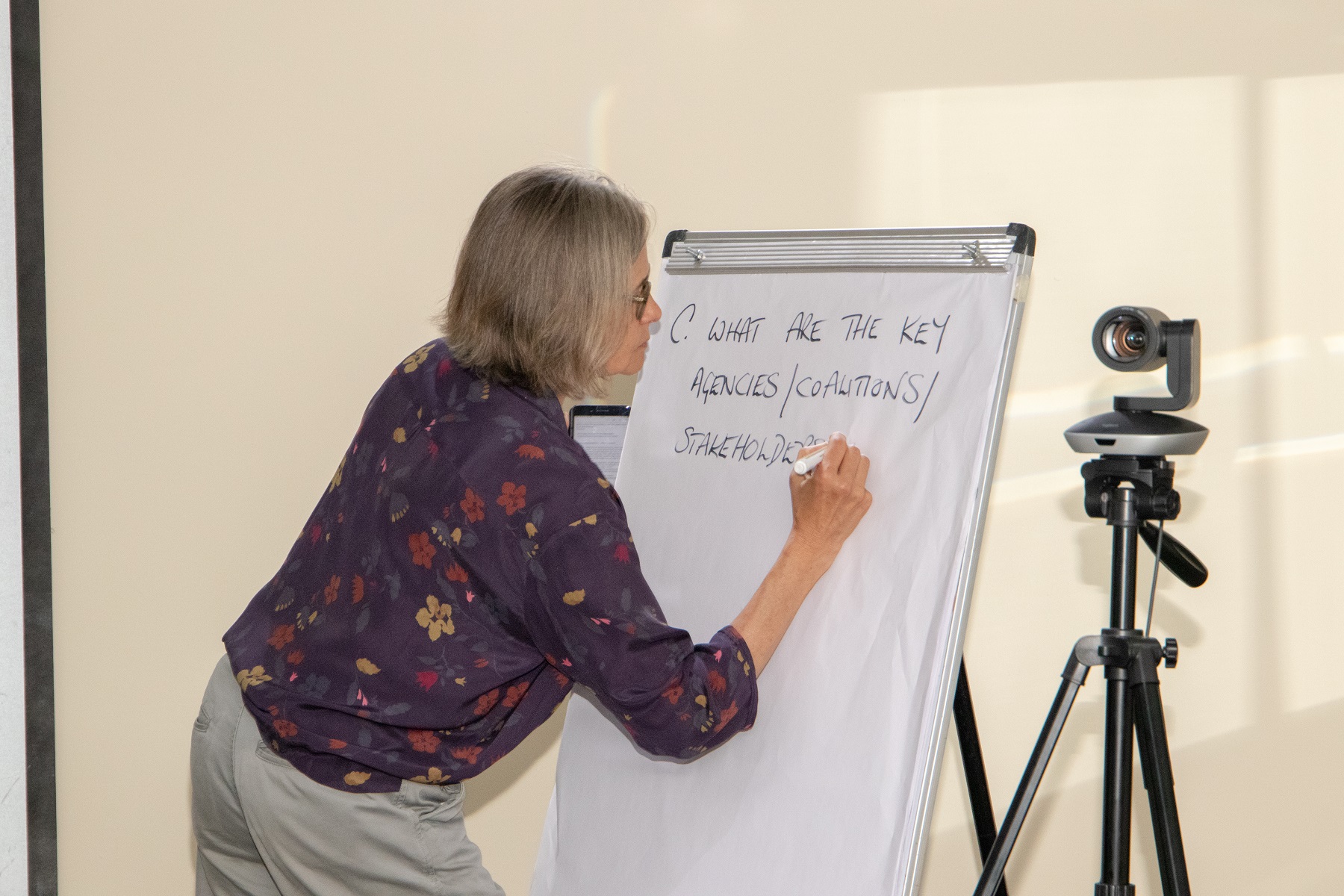 In September, Nairobi city research and uptake teams were joined by CEO Diana Mitlin for a full day workshop, to deliberate on preliminary research findings and strengthen researchers’ ideas of emerging priority complex problems (PCPs) to urban transformation in the city.

Security was found to be highly contextual for the different respondents, largely influenced by factors including societal position, age, access to certain services and infrastructure, and the nature of prevailing events at the time – with evictions and political campaigns reportedly worsening insecurity, for example.

In response to security threats, residents responded by building gates, using WhatsApp groups to monitor activities, employing security guards and resorting to rumour mills. Except for high-end residential areas, police were not considered an effective form of security in the city.

For housing, researchers engaged in a diagnostic study to establish whether housing challenges in Nairobi were prototypical, or rather a series of detached, spatially contextualised issues. It was established that at least 91% of Nairobi residents were renters with minimal levels of ownership across the different neighbourhoods. To own property, middle-income residents resorted to construction, while inheritance was the main means of house ownership for low-income groups.

The largest population in the housing market was identified as the 20-34 age set, who were optimistic in house ownership. Additionally, low and middle-income settlements were found to be more populated compared to the high-income settlements. Large disparities relating to rental and ownership costs were identified across the different suburbs, creating an affordability challenge that resulted in urban sprawl. Cumulatively, glaring gaps in the ownership-driven national housing policy ought to incorporate renter protection to address rental affordability and standards of rental households. 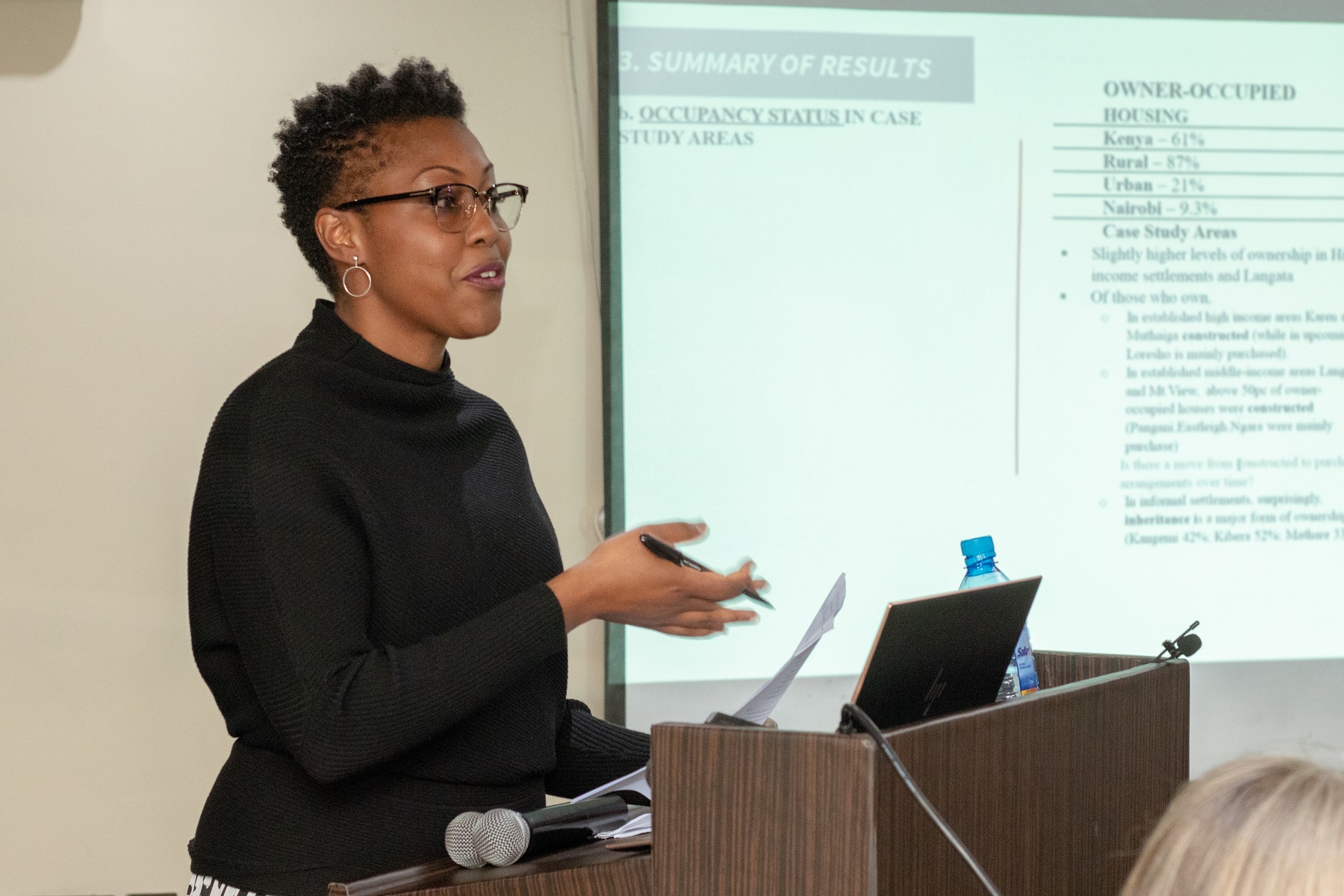 Dr Linda Nkatha making a presentation on housing in Nairobi. 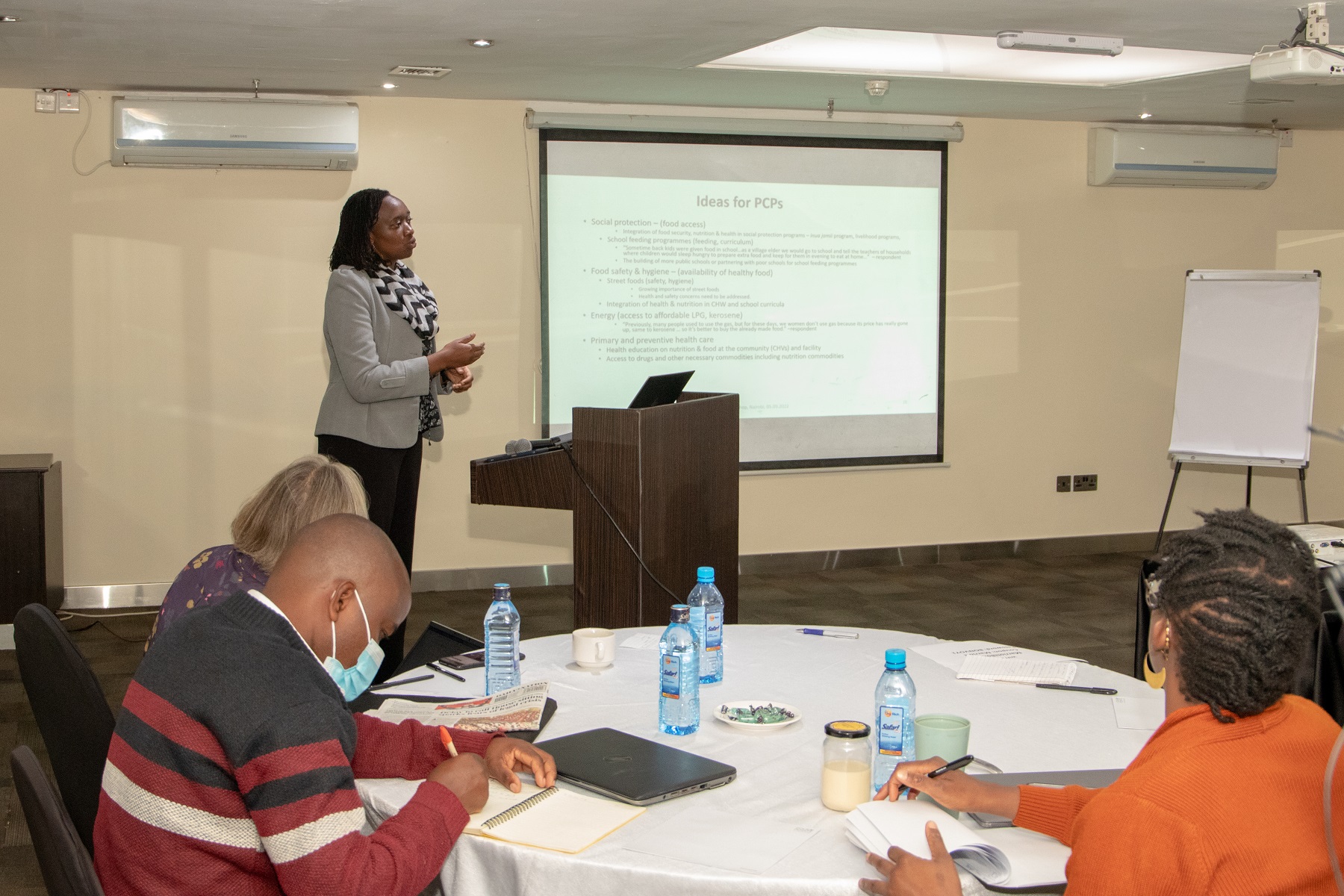 While most respondents had a clear understanding of healthy diets, they experienced challenges accessing them. Some of the enablers for healthy diets include availability of nutritious food, intergenerational knowledge on health diets, availability of street food and the presence of community health volunteers. Research in Nairobi revealed that low income, limited knowledge on nutrition, cultural barriers, rising cost of food and fuel, unemployment, alcohol and substance abuse, and family sizes affect access to healthy diets.

Despite the barriers, NGOs, health facilities and school programmes were highlighted as crucial actors for promoting healthy diets. As means of adapting to harsh economic times, residents had resorted to street food as a viable alternative for their daily food rations. But the research further revealed that street food was often prepared under unhygienic conditions with contaminated water. In some instances, to maximise profit margins, street vendors even used cheaper but potentially harmful substitute ingredients to speed up cooking, exposing residents to a myriad of health-related complications.

Despite continued urbanisation in Nairobi, the structural transformation domain team noted that the ripple effects were not being felt across all sectors – with the majority of employed workers trapped in low paying jobs with extremely high income disparities of up to 90%. High costs of doing business, infrastructural challenges, political interference, corruption, high costs of credit and corruption were identified as constraints to city-level structural transformation.

Private sector, national and county governments were identified as central players within this domain for Nairobi, whose coordination and collaboration was critical to sustainable structural transformation. 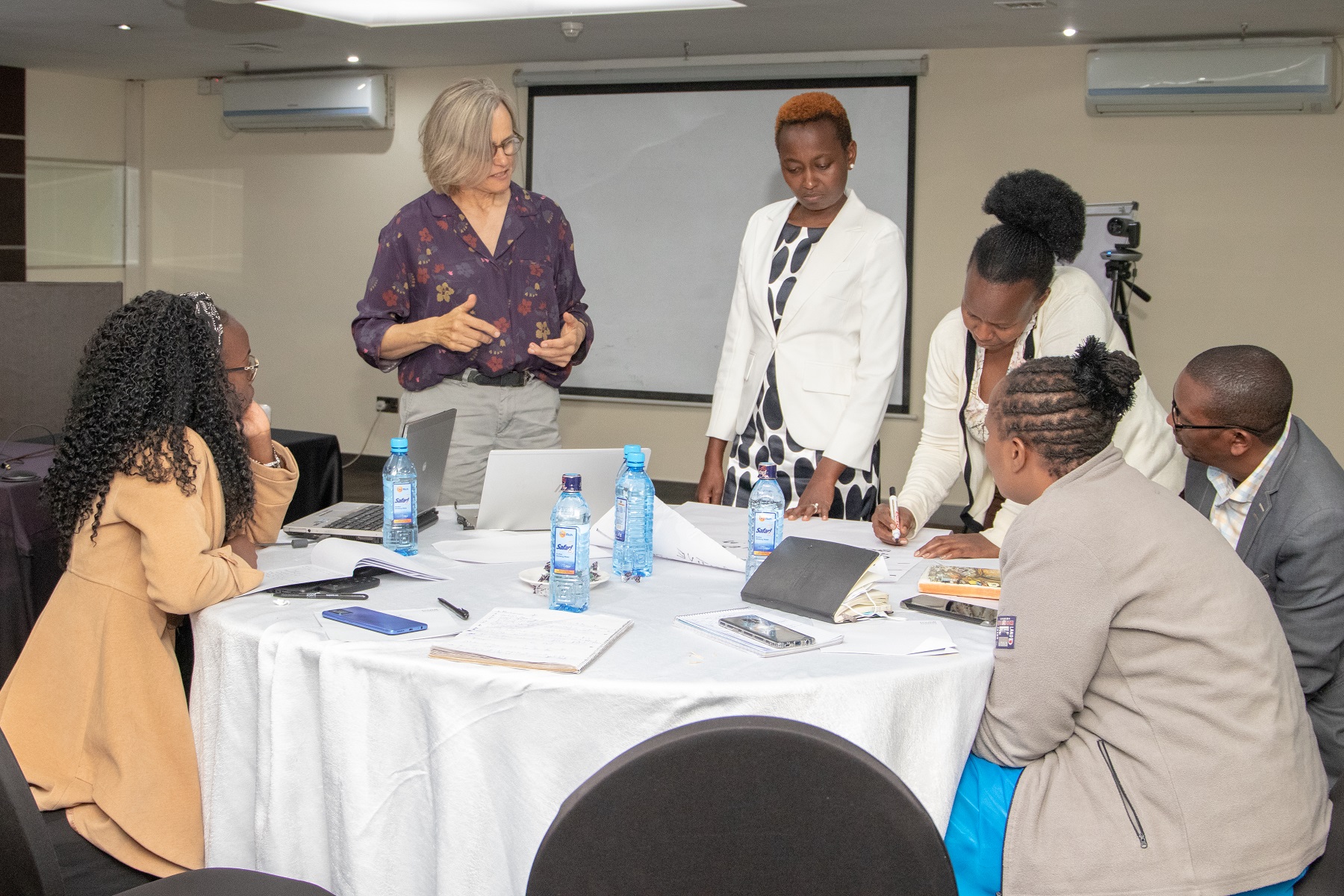 Workshop participants during a group discussion. 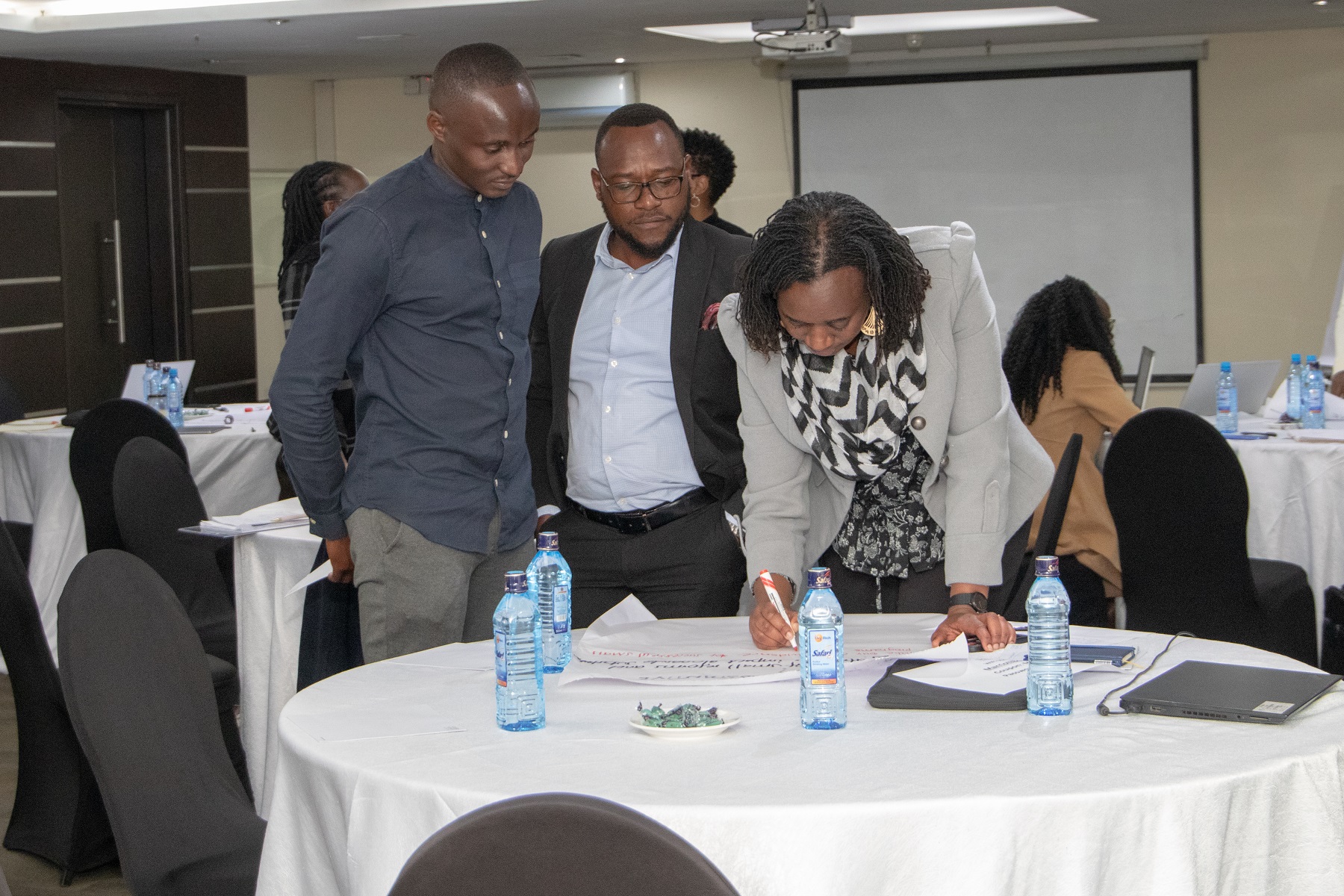 The meeting concluded by encouraging all research teams to realign their PCPs based on an incentive structure to speak to the current priorities of national and county governments, in addition to prioritising uptake engagements for visibility and dissemination of research findings.

All in all, the workshop provided a platform to identify potential areas for reform in Nairobi, and position ACRC to augment ongoing work with sustainable interest and influence. The research findings presented in this forum will feed into the robust knowledge on the urban challenges facing African cities, which will seek to inform policy, programmes and practice.

← Youth and capability development in Freetown, Maiduguri and Mogadishu: Reflections from the RGS-IBG Annual Conference Understanding the economic power of Africa’s cities →
We use cookies on our website to give you the most relevant experience by remembering your preferences and repeat visits. By clicking “Accept All”, you consent to the use of ALL the cookies. However, you may visit "Cookie Settings" to provide a controlled consent.
Cookie SettingsAccept All
Manage consent