This blog is the second in a series exploring different aspects of city development and urban change in Africa, featuring contributions from researchers and practitioners working within the African Cities Research Consortium.

The first blog looked at how the size and the spatial distribution of large cities has changed, including which cities moved up the 100 largest cities ranking between 1800 and 2020 and which fell off the list. This second blog explores Africa’s largest cities viewed over the last 16 centuries and how many are still large cities today.

From existing sources, we glean evidence of a rich and varied urban history, even as we acknowledge that this history is incomplete. Kingdoms, empires and caliphates had capitals (and often regional capitals) going back more than 1,000 years (and longer if we were to go back to the Roman Empire). Some cities were also local or international religious or trade centres. Many cities combined these roles. And some, such as Tunis/Carthage, were even used for tourism by Romans who had holiday villas in and around the city, after Rome finally defeated Carthage.

There are some striking similarities between Europe and much of Africa over the centuries, as empires, kingdoms and city states rose and fell – with obvious consequences for their capital cities and the cities that served them. There were cities that grew to serve prosperous agriculture, and cities greatly influenced by religious conflicts and wars (for Africa, especially the Muslim conquest of Northern Africa in the 8th century).

Large cities in the past

We have population estimates for many African cities, showing so many substantial cities with long histories (see Table 1 for examples). Some were among the world’s largest cities of their time. But there are many large cities that have lost importance or have been abandoned. Al-Iskandariyah (Alexandria) was the capital of Egypt from its founding by Alexander the Great to AD 642 and became a centre of commerce and great intellectual activity. But, by 1777, it had become an insignificant fishing town of 6,000 inhabitants before later returning to be a large and important city. Perhaps there are many more cities still waiting to be discovered and acknowledged.

The first blog in this series noted that 11 of the 34 largest cities in Africa in 1800 were from Northern Africa, including four in Morocco and four in Egypt. The urban history of Northern Africa is also one of continuity and change. Many ancient cities continue to be important today, having survived over 1,500 years of wars and regime changes (including the Arab caliphate, European interference and later colonial control and the Ottoman Empire); new regimes often brought change as they moved the capital or founded a new one.

Algeria, Morocco, Tunisia, Libya and Egypt have cities with histories extending back to the 8th century or earlier, which survived as cities – not fishing villages – despite waxing and waning political and economic importance. 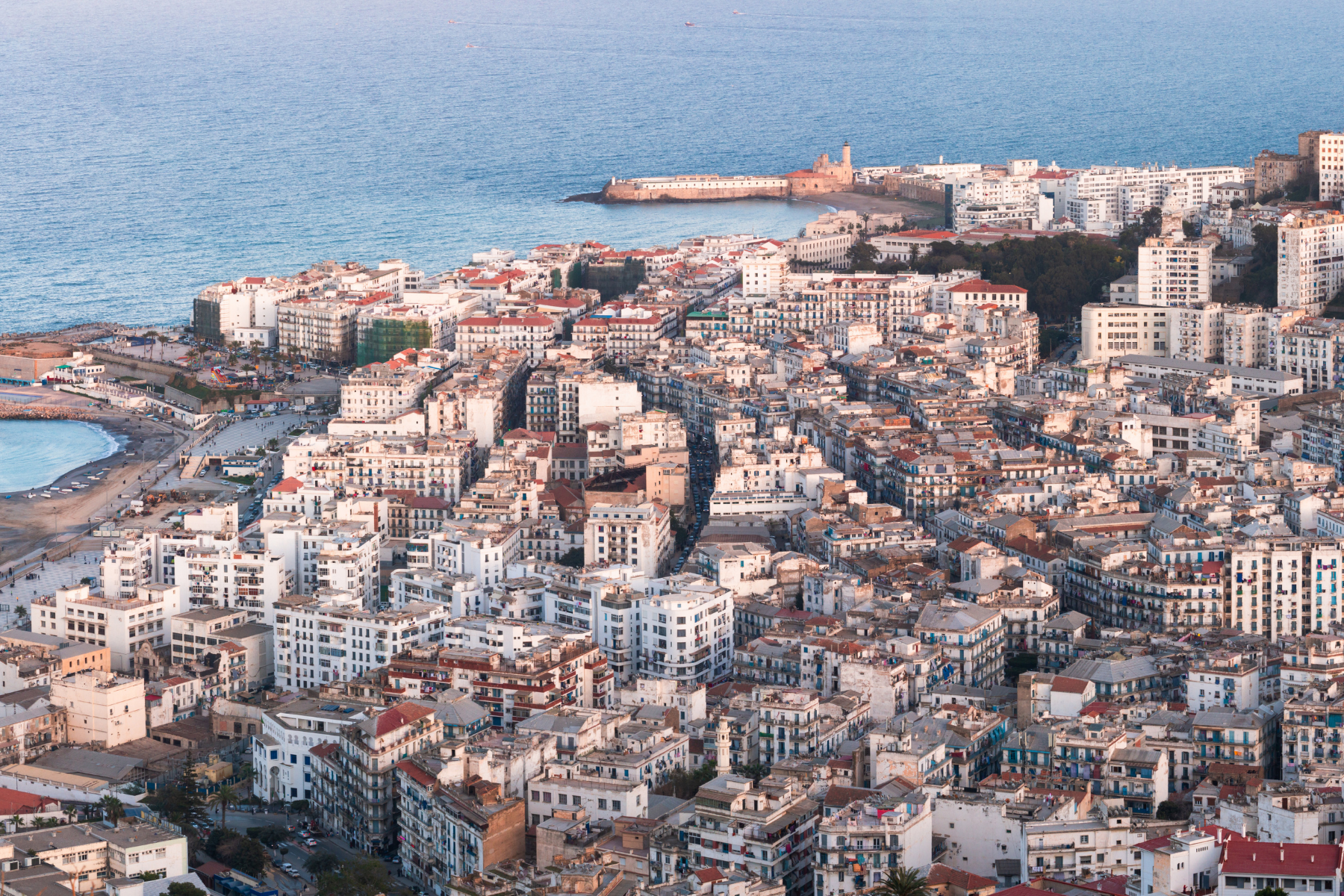 The city of Fès in Morocco, for example, was founded in AD 786 and at its peak in 1200, it had 250,000 inhabitants. It was the national capital for long periods and a centre of religion and scholarship. The University of Al Quaraouiyine was founded in Fès in AD 859.

Cairo, founded in AD 641, has been Africa’s largest city for almost all of the last 15 centuries. Around 1340, almost 500,000 people lived there. It was the principal seat of Islamic learning and central to the profitable East-West spice trade.

Cairo has within its boundaries more ancient cities, including al-Fustat (city of tents) that became the first capital of Islamic Egypt in 641, al-Askar (the city of sections, or cantonments) and al-Qatta’i (“the Quarters”). Al-Fustat remained Egypt’s administrative centre until 1168, when it was burnt to prevent its capture by a Crusader army, and Egypt’s capital moved permanently to Cairo. 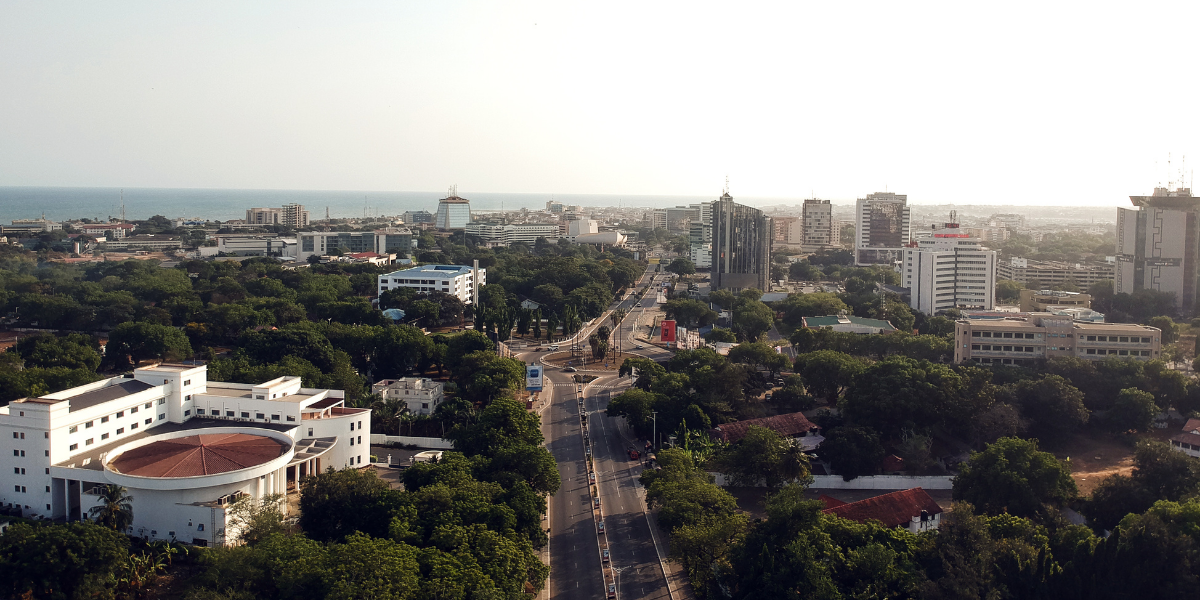 One key influence on cities in Western Africa was the empires that came to control large areas. Cities were their centres of government, trade and military power.

The Ghana Empire (c. 300 to 1100) grew rich from increased trans-Saharan trade in gold and salt, allowing larger urban centres to develop. Bamako became a major market town, and a centre for Islamic scholars, with the establishment of two universities and numerous mosques in medieval times.

The Mali Empire spanned the 13th to 17th centuries and ruled over 400 cities, towns and villages of various religions. Niani was the capital for 300 years; it reached its zenith as Mali’s political, commercial and caravan centre (gold, salt, kola nuts, slaves) in the early 14th century.

The Songhai Empire dominated the western Sahel in the 15th and 16th centuries. The city of Gao became its capital. Other important cities in the empire were Timbuktu and Djenné.

Among the best known of the sub-Saharan African urban cultures is the Yoruba culture. This included many large cities in what is today southwest Nigeria. Major cities include Ile-Ife, Oyo, Abeokuta, Ijebu-Ode, Akure and Ibadan. Ibadan was founded in 1829 and had a population of around 100,000 by the mid-19th century.

The documented history of the Yoruba people begins with the Oyo Empire, which became dominant in the early 17th century. It was preceded by Ile-Ife; between 700 and 900 AD the city began to develop as a major artistic centre. The nearby Benin Empire was also a powerful force between 1300 and 1850. A number of other cities, though non-Yoruba, were influenced by the Yoruba, including Warri, Benin City, Olene and Auchi.

Going further south, the Tswana agro-towns in what is today Botswana were sustained for several centuries. There is also the example of Great Zimbabwe, which was the principal city of a major state between the 11th and 15th centuries; and a trade centre linked to Kilwa that controlled trade along the east coast. Kilwa and, later, Zanzibar were on small islands, which served their defence as well as their role as trade centres. 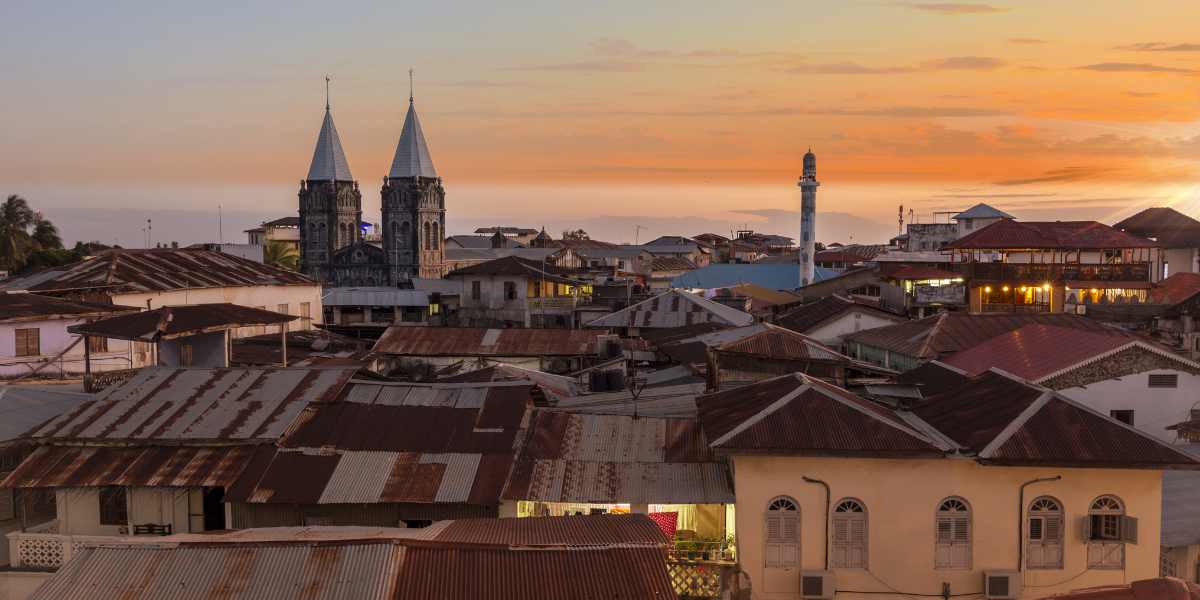 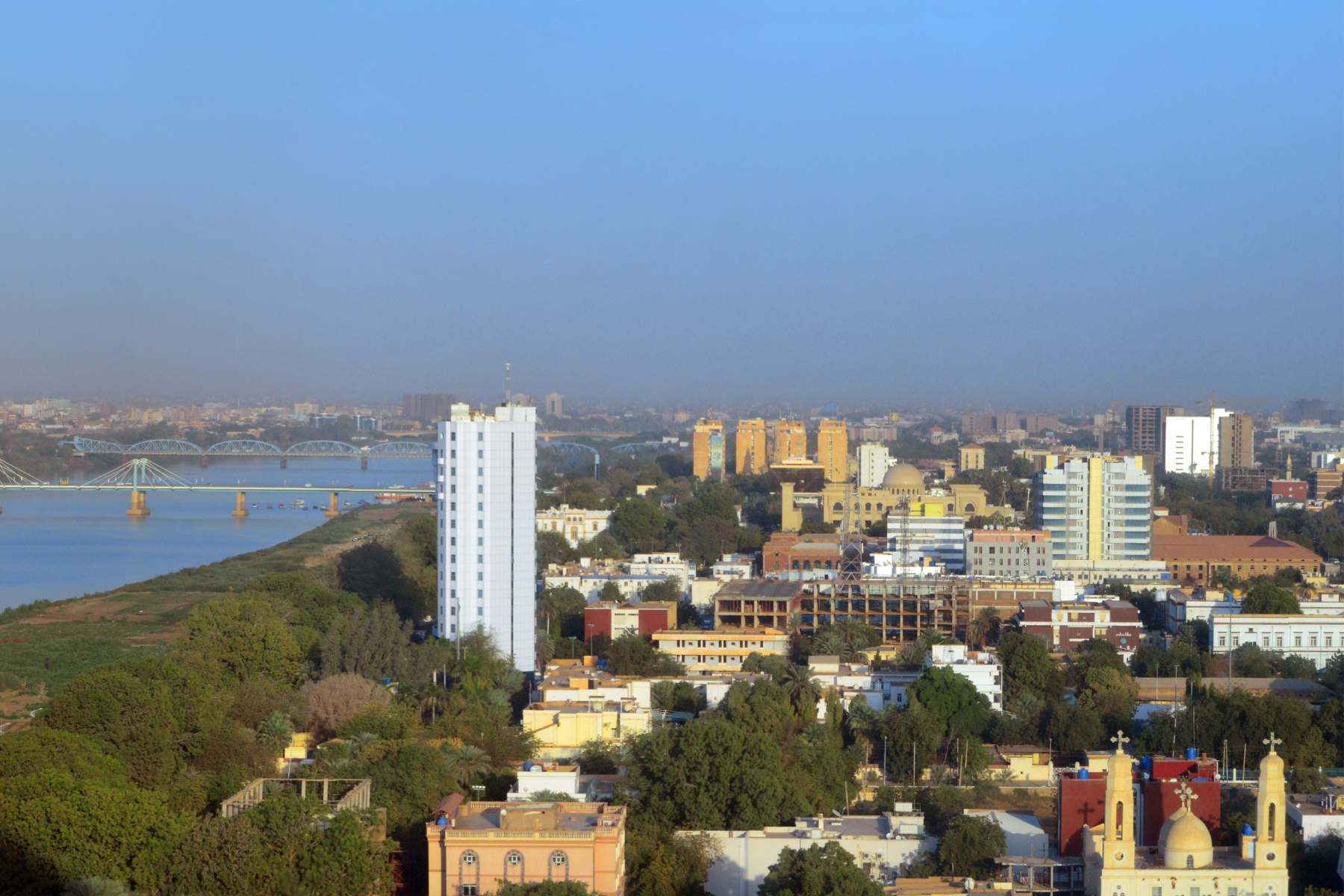 Traditions of urbanism are most in evidence in Sudan (and Khartoum and Sennar), Ethiopia (and Aksum and Gondor) and cities along what came to be called the Swahili coast (including Mombasa). There were also ancient cities such as Kerma (in Sudan, which flourished as the first great urban centre of tropical Africa and was estimated to have 10,000 inhabitants in 1700 BC), Meroe, Suakin, Shendi, Sennar (‎on the Blue Nile in Sudan, described by a European visitor, as “one of the most important trading centres in Africa… regularly visited by caravans from Nubia, Darfur, Cairo, Fezzan, Bornu and Ethiopia”). Further east, former Swahili towns on the Benadir Coast, such as Mogadishu, Barawa and Marka, Lamu and Zanzibar, had by the 18th century become trade centres.

This blog provides an introduction to the scale and nature of cities in Africa – but only up to the ‘Scramble for Africa’ in the late 19th century, as different European nations expanded their empires. It does not cover the large and profound changes brought by colonial rule from the 1880s onwards (acknowledging too that colonial rule stretches back much earlier than this for some cities).

It has not dealt in any detail with the trade in slaves that had existed for thousands of years, but whose scale and impact increased so much through the development of the Atlantic slave trade. It is difficult to be dispassionate about the slave trade’s impact on cities. Certain ports became important when the slave trade to the Americas expanded dramatically and came to use ports in Western Africa (what was called the Slave Coast), rather than the long-established trans-Saharan trade routes (which were better suited to trade with Northern Africa, Europe and Asia). Some cities in west Africa fortified to protect themselves from capture. Ports that exported slaves from Africa include Ouida, Lagos, Aného (Little Popo), Grand-Popo, Agoué, Jakin, Porto-Novo and Badagry.

Most ports that served the slave trade are still urban centres but with small populations (under 100,000). Lagos and Badagry (in Nigeria), Porto Novo and Cotonou (Benin’s two largest cities), and Luanda (Angola) and Dakar (Senegal) were among the exceptions. Badagry, just down the coast from Lagos, was for a while larger and more important than Lagos. On Africa’s east coast, Bagamoyo (Tanzania) was founded at the end of the 18th century and became one of the most important trading ports along the East African coast, including trade in slaves.

Sources: This blog draws on the UN Population Division’s 2018 World Urbanization Prospects; Chandler, Tertius (1987), Four Thousand Years of Urban Growth: An Historical Census, Edwin Mellen Press, Lampeter, UK, 656 pages; Bairoch, Paul (1988), Cities and Economic Development: From the Dawn of History to the Present, Mansell, London, 574 pages; and Freund, Bill (2007), The African City: A History, Cambridge University Press, 214 pages; Burton, A. (2001) ‘Urbanisation in Eastern Africa: An historical overview, c.1750–2000’, AZANIA: Journal of the British Institute in Eastern Africa, 36-37(1): 1-28. But its main source is Wikipedia, which has profiles of almost all the cities mentioned; most are long and detailed, including details of their foundation and development.

← What are the largest cities in Africa – today and in 1800? Community mapping in Kenya improves state Covid-19 response →
We use cookies on our website to give you the most relevant experience by remembering your preferences and repeat visits. By clicking “Accept All”, you consent to the use of ALL the cookies. However, you may visit "Cookie Settings" to provide a controlled consent.
Cookie SettingsAccept All
Manage consent