This blog is the first in a series exploring different aspects of city development and urban change in Africa, featuring contributions from researchers and practitioners working within the African Cities Research Consortium.

This first blog looks at how the size and the spatial distribution of large cities has changed, including which cities moved up the 100 largest cities ranking between 1800 and 2020 and which fell off the list, while the second blog explores Africa’s largest cities viewed over the last 16 centuries and how many are still large cities today.

We know relatively little about most of Africa’s pre-colonial urban history and the role of its cities. This is something especially pronounced in sub-Saharan Africa.

Yet we can get a sense of urban history from diverse sources, including tales from travellers and explorers, material evidence of large cities, and import and export records. There are also dozens of cities with buildings and districts built centuries ago that still exist – especially mosques and medinas.

There is more written on social, economic and political issues on the continent or in countries within it, but less on what this meant on the ground for cities and their populations – and in turn, what city development meant for these issues.

Africa has a rich and varied urban history going back centuries, or more than 2,000 years for some countries and cities. Indeed, many of today’s large African cities were already well-established before colonial rule. Table 1 below lists the largest cities in Africa in 1800, including the population at that time, the year the city was founded and the rank among all cities in Africa in 2020.

It is worth highlighting that all cities for which we have the year they were founded pre-date European colonial rule. Only eight of these 34 largest cities are among 2020’s 100 largest cities, and five of these are in Northern Africa.

Additionally, while none of the African Cities Research Consortium’s 13 focus cities feature in the list of the largest cities in 1800, all are within the largest 100 for 2020. Five (Lagos, Dar es Salaam, Khartoum, Addis Ababa and Nairobi) are in the top 11 largest African cities.

The fundamental reshaping of the urban system and the location of the largest cities in all nations reflects the economic and political changes brought about by colonial rule – whereby colonial powers tended to avoid the largest cities – and post-colonial developments. City systems came to reflect more closely the government hierarchy, as the importance of state and provincial capitals grew in many nations, along with access to agricultural and mineral resources for export.

Hence, the political and economic changes imparted by colonial rule and post-colonial development created a new urban geography. Almost all the great historic cities described in the next blog still exist as cities, but with much less economic or political importance.

One striking feature outlined below is how old most of Africa’s cities are. Table 1 lists the largest cities in Africa in 1800, their population at the time and the date they were founded – referring to the foundation date of a settlement that was not a city, or when an already existing city was classified as a city. Table 1 also gives the rank of these cities in 2020, allowing us to see how the 34 largest cities in 1800 fare in 2020.

Out of the 34 African cities that were recorded or estimated to have 20,000+ inhabitants in 1800, eight were in Mediterranean countries, although not all on the Mediterranean – much of the international trade was by overland routes, not by sea. Most of these urban centres had very long histories as prominent cities. 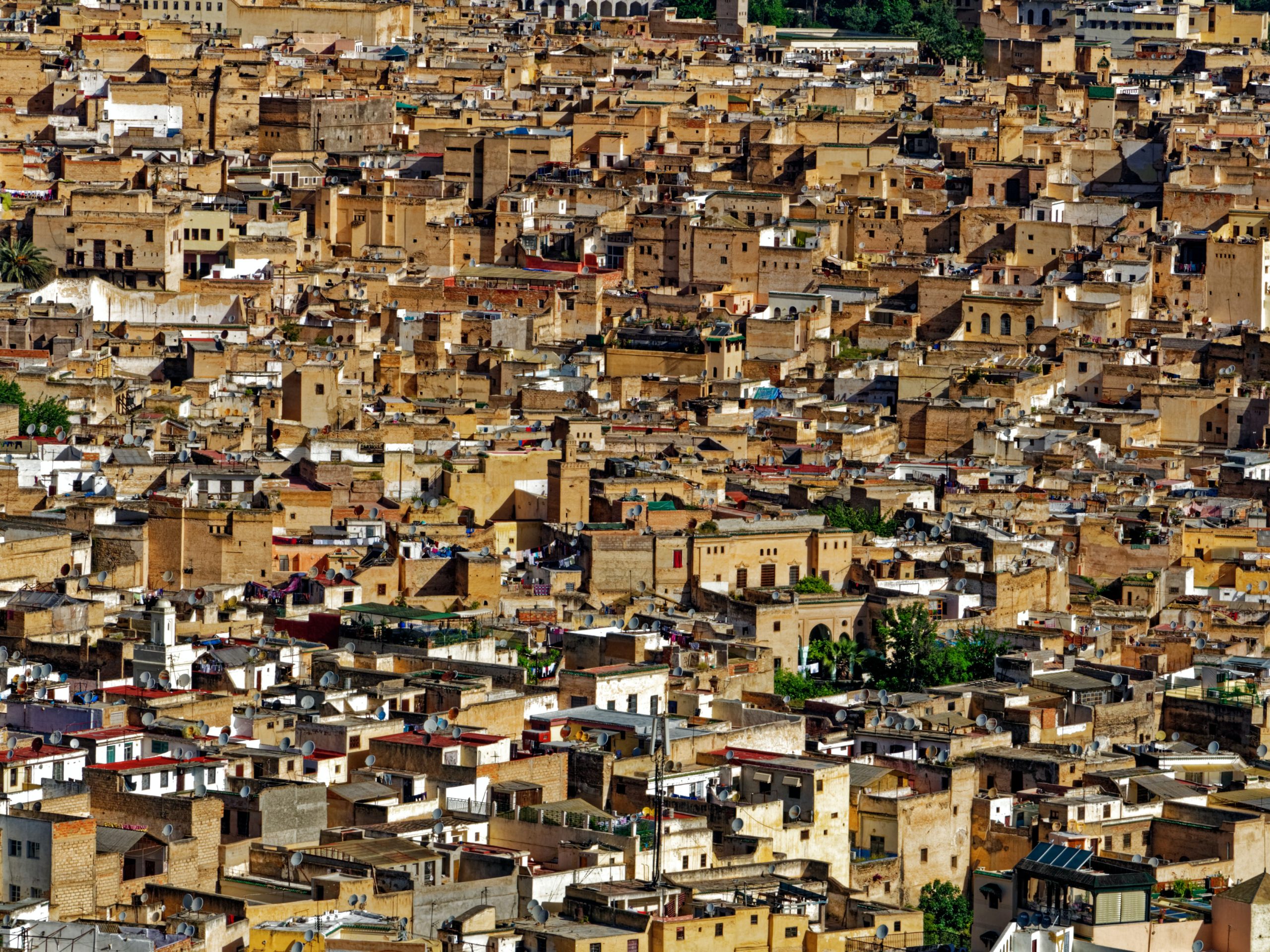 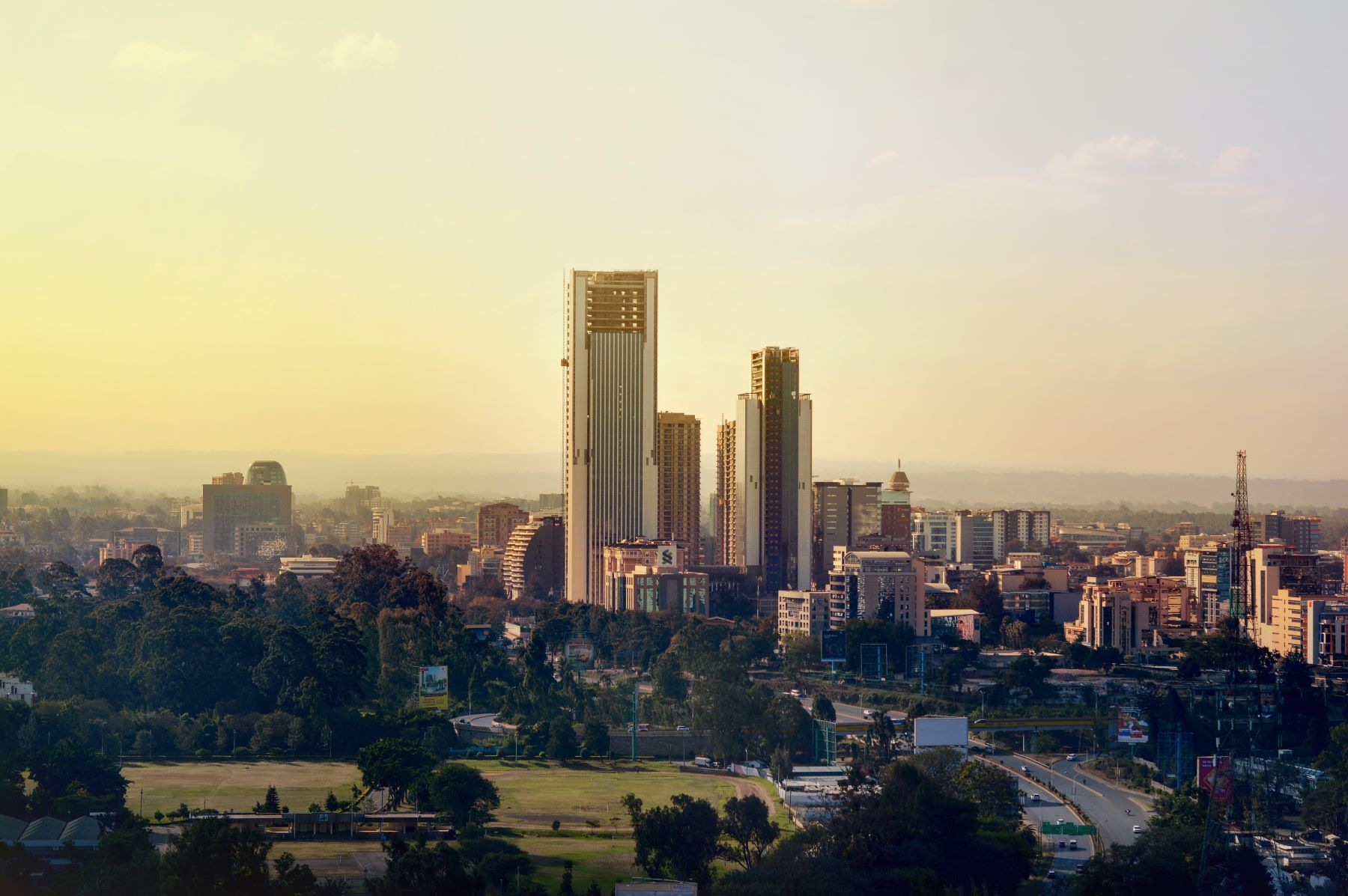 Distribution of the largest cities across nations

Figure 1: The countries with the highest percentages of Africa’s largest cities

Figure 1 shows the countries with the highest percentages of Africa’s largest cities over the last 220 years. Given the scale and nature of economic, political and urban changes in Africa since 1800, there is perhaps a surprising extent of continuity.

Notably, Nigeria had the most cities for all years, although faced changes as some new cities became more prominent and some older cities – previously capitals of kingdoms and empires, and cities in the north, including those involved in the trans-Sahara trade, – lost importance.

Morocco and Egypt were also among those with the most cities for each year, but this has declined over 220 years.

Surprisingly, Congo PDR had none of Africa’s 100 largest cities up to 1950, and then seven of them by 2020. All seven cities were colonial foundations, with many established around mining for diamonds, gold and uranium. Consequently, it is often remarked upon as a country with vast wealth but very high levels of poverty.

Of the 34 largest cities in Africa in 1800, eight were still in the 100 largest cities in Africa list in 2020, but with a lower rank, except for Cairo and Kano. Nine of the 34 cities were not in the 2020 cities list, but have more than 300,000 inhabitants today. So while cities can go up or down in the rankings, it is rare for them to lose significance altogether.

For instance, Sokoto may have fallen from the second largest city in Africa in 1800 to outside the top 100 in 2020, but it is still a substantial city with more than half a million inhabitants. Similarly, Meknes – Morocco’s capital before it moved to Rabat – fell from third to outside the top 100, but remains significant.

This is also the case for Oyo, Ife and Katsina in Nigeria. Cities that were to become Nigeria’s four largest cities in 2020 – Lagos, Ibadan, Port Harcourt and Abuja – had not even been founded in 1800. Meanwhile, many cities in Northern Africa, including Sokoto and Katsina along with those involved with the trans-Sahara trade, slipped down the rankings as using ships for trade became cheaper and quicker.

Only Cairo had no movement down the rankings, while five cities had drops of 0-50: Kumasi, El Djazaïr (Algiers), Rabat, Tunis and Abomay. Eight fell out of the top 100 cities in 2020, six of which were in Nigeria.

Figure 2 shows not only how the average size of Africa’s largest cities changed dramatically from 1800 to 2020, but also how this average size – 2.77 million in 2020 – is relatively small in comparison to the global average of 9.5 million.

In 2020, the collective population of Africa’s 100 largest cities was 244 million – comprising just over two-fifths of the continent’s total urban population of 588 million – with cities from 39 different African countries featured in the top 100 list.

Although cities with more than a million inhabitants existed before 1800, they were very rare and none were in Africa. But, by 2020, there were 68 of them, with Cairo becoming the first African “million city” in the 1920s. So, from being very uncommon worldwide, most African countries now have one or more “million cities”.

Notes: One limitation in international comparisons of city populations is that definitions of cities vary in how their boundaries are defined. A city’s population can be defined by the historic city boundaries, or boundaries based on the built-up area, or based on a political/administrative boundary, including the boundary of a much larger metropolitan area and perhaps a metropolitan planning region that is even larger. Of course, there are very large differences in city populations and rates of change, depending on which boundaries are used.

The UN Population Division makes a heroic effort to make city population figures more comparable by seeking to get figures for urban agglomerations. Their boundaries are defined as the extent of the contiguous urban area or built-up area. This definition could be applied to 55% of the 1,860 cities in the UN’s most recent World Urbanization Prospects, with the rest being on the city proper (35%) or the metropolitan area (10%).

Ultimately, the UN Population Division is dependent on data provided by UN member states and whatever definitions they use, meaning it is also hampered by the lack of censuses in many nations. Of course, for discussions of historic city populations, there were no censuses to draw on.

← Valuing water in the Global South African cities from 500 AD to 1900 →
We use cookies on our website to give you the most relevant experience by remembering your preferences and repeat visits. By clicking “Accept All”, you consent to the use of ALL the cookies. However, you may visit "Cookie Settings" to provide a controlled consent.
Cookie SettingsAccept All
Manage consent