Guest blog by Bankolay Theodore Turay, doctoral scholar in sustainable urbanisation at the University of Lagos

On 10 August 2022, protesters against the high cost of living and inflation staged a mass demonstration in Freetown – which led to the deaths of security forces and many civilians across the city. While the demonstration was taking place, police destroyed local traders’ stalls at the popular marketplace of Abacha Street.

This was reminiscent of an earlier crackdown by previous local council administrations, known as “Operation No Street Trading”. The argument has been that these evictions were necessary to manage waste and to clear street trading from unauthorised places within Freetown’s central business areas. The mayor of Freetown City Council, Yvonne Aki-Sawyerr, issued a statement to condemn the act, expressing shock at the police action on government orders and lamenting the impact on the livelihoods of these displaced women traders in Freetown.

Women form the core of informal trade in Freetown. The income they generate has been crucial in supporting their families, contributing to income at the household level and to food security. Informal food trade is a common practice in Freetown communities, ranging from street vendors, to stalls on doorsteps and by the roadside, to neighbourhood kiosks and large informal markets, often at transport stations.

As well as informal trading places, there are formal markets – such as the local city council market – which rent out stalls to various local businesses. In addition, formal retailers, including supermarkets and other chains, are now increasingly present. And while Sierra Leone’s local and central government often have an ambivalent attitude towards the informal food trade, they sometimes take a hostile stance.

Informal traders in Abacha Street and other Freetown informal markets are often not registered and do not keep accounts or pay tax on their businesses. However, informality does not always mean unregulated. Many informal traders pay taxes to local unions and are sometimes organised into associations.

Cities are increasingly recognising the importance of becoming involved in the ongoing conversation about food security in urban environments. Yet further research is needed to better understand the impact that informal trade has on food access and security for individuals and households in cities, and to feed this understanding into policymaking frameworks. The destruction of the stalls at Abacha Street points to a lack of assessment at the policy level of informal traders’ roles, and it is evident that local authorities and informal traders need to formalise relationships beyond the payment of tax or union dues. 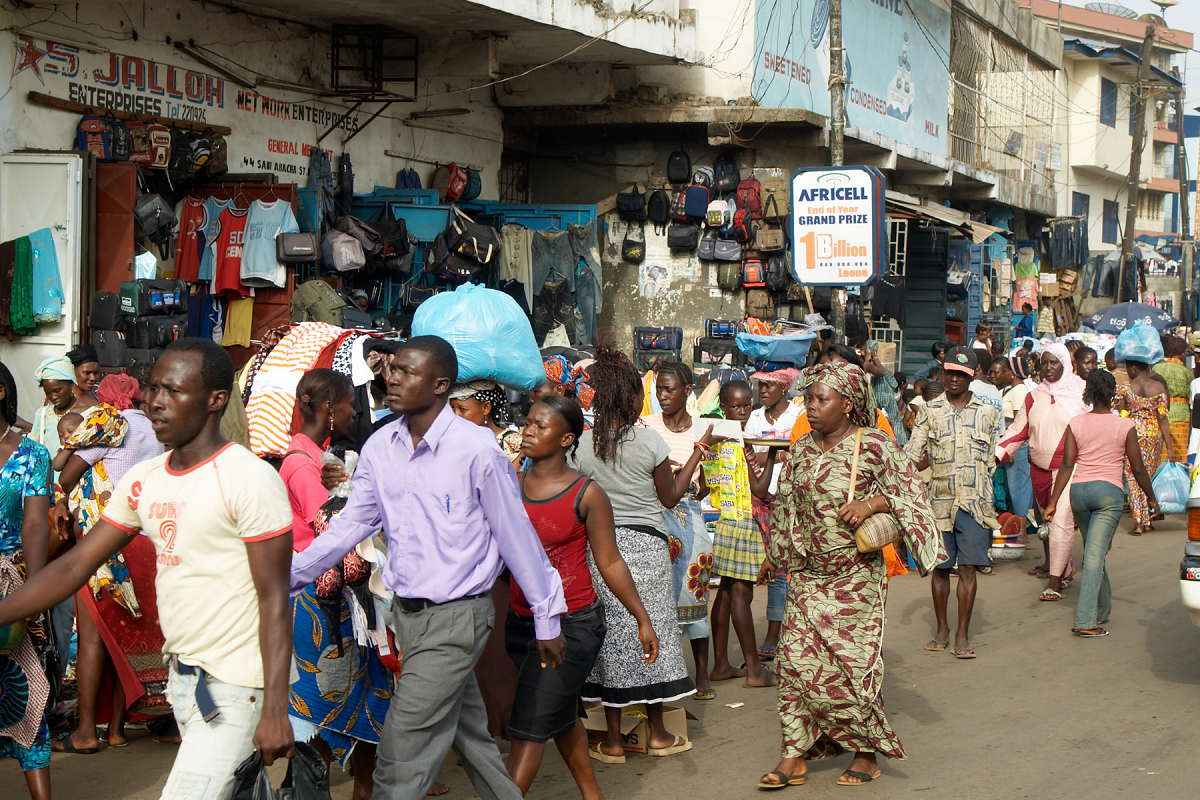 In Freetown, the experiences of petty traders offer a glimpse into the daily reality of food security for individuals, households and communities. In most of Freetown’s urban communities, especially in the central business district, women make up the majority of informal traders. Women also take on responsibility for most household management tasks, including procuring, distributing and preparing food. On top of these unpaid household duties, which sustain urban households, earning money through informal trading helps to reduce income poverty.

As traders, processors and producers, women therefore constitute a vital role in the city’s food value chain, especially in the informal sector. The food procurement strategies of low-income communities in Freetown depend largely on these informal traders. Women’s unpaid food production roles, as well as the continuously perpetuated patriarchy system, hinder their participation in other economic and societal opportunities. The state is ultimately responsible for a lack of adequate social protection which could enable women to access other opportunities.

One effective social strategy that helps to alleviate household poverty and food insecurity for women informal traders is micro-credit services. Micro-credit is provided through microfinance institutions and local Osusu. An Osusu is an informal system of savings shared between groups, often kept by an individual within the group. Members deposit an agreed amount every week or month, and each member receives money on a rotational basis, depending on the duration of the Osusu scheme. The money collected by members seeks to help them in critical situations, enables them to buy bulk food and provides for schoolgoing children, with the rest shared among households.

With many vulnerable communities and households in Freetown reliant on informal traders for food, restrictions or bans on certain forms or locations of food sales present significant challenges. Trading on Abacha Street provides workers with employment and livelihoods, but it offers limited and unreliable income. Plus, as a central hub for the redistribution of goods and affordable food, disruption to the street’s usual operations makes the wider food chain in Freetown vulnerable to price fluctuations in food and other commodities. Although other street food plays an important role in many urban areas in Freetown, many communities and homes rely on these informal traders as the most important source of food production, acquisition and consumption.

Having been displaced from Abacha Street, women traders have not been provided with any livelihood alternatives. They are thus seeing their perishable goods going to waste, as their household food insecurity increases, and they are exposed to defaulting on their micro-credit loans.

What can be done to help the displaced Abacha Street traders?

While the central government and Freetown City Council are making efforts to relocate Abacha Street traders and other street trading activities to the Sewa Ground Market, an alternative should have been provided on a rolling basis, to reduce the effects of food insecurity on those women’s households.

I suggest four urgent actions to limit the impact of Abacha Street market closure on the livelihoods of Freetown’s informal traders.

Including informal traders in the policy decisionmaking process would help to create and formalise a positive working relationship between the local authority and the informal traders.

← Bridging Africa's energy and infrastructure gap: A conversation with Amani Abou-Zeid At the crossroads: Climate change and African cities →
We use cookies on our website to give you the most relevant experience by remembering your preferences and repeat visits. By clicking “Accept All”, you consent to the use of ALL the cookies. However, you may visit "Cookie Settings" to provide a controlled consent.
Cookie SettingsAccept All
Manage consent