More than 1 billion people around the world currently lack access to adequate and affordable housing – a figure expected to triple by 2030. During this period, climate-related threats to the lives and livelihoods of urban residents are projected to increase, with decisions made around the location, design and construction of housing set to profoundly shape our collective future.

And yet, there are real tensions between different goals and an alarming disconnect between housing and climate agendas. These tensions were the focus of a recent workshop hosted by the African Cities Research Consortium, as part of the Innovate4Cities 2021 Conference – co-hosted by UN-HABITAT and the Global Covenant of Mayors for Climate & Energy (GCoM).

Organised by The University of Manchester, ODI, Reall, and the International Institute for Environment and Development (IIED), the event brought together a range of stakeholders to discuss housing reform in the global South, with a goal of exploring holistic interventions to secure a “quadruple win”: low-carbon, climate-resilient housing for all, delivered in ways that strengthen local economies.

The African Cities Research Consortium’s CEO Diana Mitlin introduced the session, framing the workshop with the question: how do we enact housing reform with four potentially competing priorities that we need to shift onto a more complementary platform? Climate change mitigation, climate change adaptation, economic transformation and poverty reduction were the four priorities up for discussion.

Noting the timely nature of the workshop with COP26 on the horizon and emphasising the urgent need for a low-carbon transition, Diana Mitlin stated that we are already facing the need to adapt to climate change and seeing the consequences of inaction on our city streets – with flooding, high temperatures and other impacts.

Covid-19 has exacerbated and highlighted the need for enhanced productivity among low-income communities, she noted, with large numbers in informal work and struggling to get the basic incomes they need to survive.

She added: “We urgently need a new path that will enhance the economic development options facing those who live in towns and cities in the global South… Our collective task is to work out ways to simultaneously address those four priorities, each of which has to be recognised as of prime importance for a global agenda.”

After being divided into breakout rooms to discuss the four topics of climate change mitigation, climate change adaptation, poverty reduction and economic transformation, the wider group came back together to summarise and discuss the takeaways from each conversation.

Led by Flavio Coppola (Carbon Free Energy in Cities) and Laetitia Pettinotti (ODI), the group highlighted the mitigating potential of increasing densities near transit nodes in order to promote the use of mass transit, but pointed out associated risks of displacement, an increase in heat island effect and gentrification.

Upgrading and retro-fitting informal settlements was another key topic of conversation, with Laetitia Pettinotti emphasising the importance of land rights and including communities in upgrading processes. Other ideas included waste management improvement as part of a wider circular economy, and the “win win” opportunity of urban green spaces in terms of nature-based solutions and improving health.

David Dodman (IIED) and Clare Wildfire (Mott MacDonald) guided the adaptation discussion, highlighting security of tenure as a key priority for the group – enabling gradual adaptation that homeowners can control, and providing a safe and secure baseline for development.

Also covered was the importance of service provision, with primary education and healthcare central to creating underlying community resilience and ensuring the ability to recover from any shocks that do happen. Transport networks were also noted as being fundamental to relocation success, providing viable links with accessible jobs in areas earmarked as safe.

Diana Mitlin (The University of Manchester) and Sazini Ndlovu (Zimbabwe Homeless People’s Federation) led the poverty reduction group, setting out the agreement that informal settlement upgrading is critical to addressing the housing needs of low-income groups. Royal Mabakeng (Namibia University of Science and Technology) also raised the question of how government can become a catalyst to enable people to drive their own housing development, and how more funding can reach communities directly, supporting them to improve their dwellings and enabling the government to focus on infrastructure investment.

Issues of resource scarcity, improved tenure security and bulk infrastructure to enable networked services were set out as three key considerations, along with the consensus that low-income groups need to be seen as partners and able to collaborate with local government.

Guided by Donovan Storey (REALL) and Sumedha Naik (Syntellect, India), the economic transformation group highlighted the need to incorporate finance within development plans at the earliest possible stage, to ensure inclusivity and that improvements in the build environment can be maintained – noting that the question of affordability is often left until the end.

The need for much more dialogue to break through siloes and integrate sources of finance was also explored, along with the importance of focusing on affordable housing, services and infrastructure in conjunction to meet other felt needs in low-income communities. 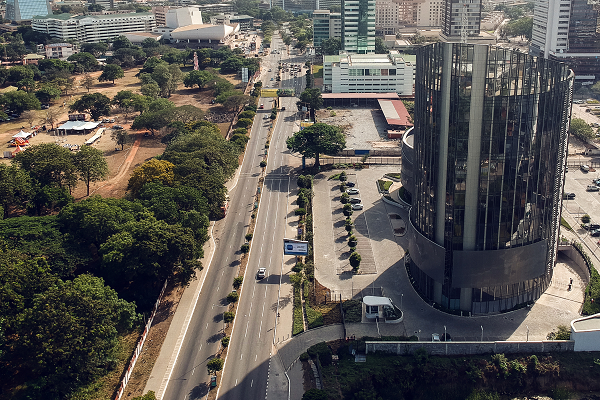 Arising from these discussions, three cross-cutting priorities were identified and explored further by the wider group:

Royal Mabakeng pointed out that legal titles are not always the answer with low-income groups and what people most need is security of tenure. There was general agreement that those who feel secure and have land rights are more likely to invest in their own homes and communities.

David Dodman noted that despite poor construction and ventilation worsening the effects of heat for city dwellers, the availability of building materials and technologies that residents can use to alleviate these has been low on the agenda until now. Diana Mitlin and Royal Mabakeng further commented that it seems difficult to get resilient building materials that are also affordable for low-income households and many informal settlement dwellers.

Green spaces proved a hot topic on which to close the session, with participants noting the various benefits they can serve for urban cooling, flood prevention and mitigation, sports fields and urban agriculture, and other global agendas including biodiversity. Donovan Storey noted that a key challenge exists around how we value urban green space, and that while something like a road or a shopping mall has an intrinsic value within a city, a much broader approach is needed to prove the tangible benefits of green spaces.

Amidst the wide-reaching discussions and myriad priorities to consider, one message was abundantly clear: there is an urgent need for a global agenda that integrates poverty reduction with climate change resilience within cities.

The main discussion from the Innovate4Cities event is available to watch via YouTube.

Photo credit: Abenaa / Getty Images. Kroo Bay is just one of Freetown’s many coastal informal settlements that is prone to flooding.

← Introducing the African Cities research approach African cities and political settlements →
We use cookies on our website to give you the most relevant experience by remembering your preferences and repeat visits. By clicking “Accept All”, you consent to the use of ALL the cookies. However, you may visit "Cookie Settings" to provide a controlled consent.
Cookie SettingsAccept All
Manage consent