The first article explored the key challenges facing African cities and opportunities for development, and this second one introduces the consortium’s research approach.

Mainstream urban development interventions in Africa have often been designed through a primarily sectoral and technical lens. But there is abundant evidence that they are also intimately related to questions of power and politics, and that effective solutions must take into account the complex interrelations and interactions between urban processes and systems.

Responding to this, the African Cities Research Consortium (ACRC) is committed to bringing a fresh, more politically-informed and integrated approach to creating inclusive, productive, safe and sustainable cities – cities, that is, which meet the ambitions of Sustainable Development Goal 11.

This blog post sets out the conceptual approach that we propose to use in ACRC, to frame our investigations into the political economy drivers of complex problems within and around African cities. These investigations will in turn contribute to a new generation of intervention approaches that effectively address complex interactions between problems and opportunities in specific political contexts, and which are attuned to taking on the additional challenges of the climate emergency.

Our aim is to uncover the underlying, interrelated and systemic constraints that are preventing African cities from offering sustainable and inclusive development futures to their residents, and from playing a more productive role in supporting national-level processes of economic development and poverty reduction. 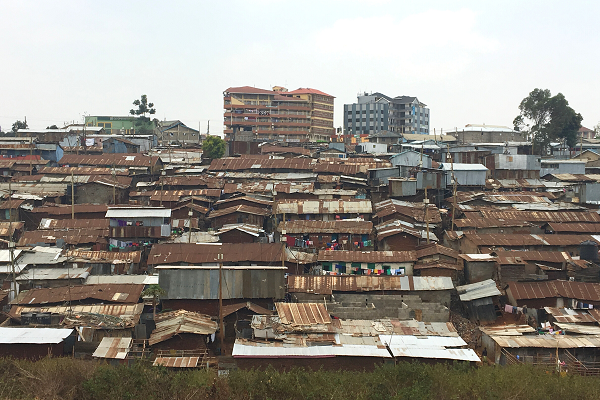 1. Political settlements analysis offers ACRC a way to understand the political economy of African cities. The notion of a political settlement seeks to go beyond formal notions of governance to uncover the underlying forms of power and politics that shape which institutions emerge and how they actually function in practice. This approach will enable us to explore how the governance of urban development is shaped by both the balance of power at city level and the often contentious relationship between cities and national politics.

2. City of systems. The approach generally taken to “cities-as-systems” thinking in urban studies literature is to frame cities as metabolic systems comprising flows of resources and energy, which enable economic activity and social reproduction. Concerned that this will not allow for sufficiently nuanced and politically sensitive analysis, the approach that we are proposing is to use a systems approach to help emphasise the significance of a city’s materiality (how it is physically constructed and maintained by flows of energy and resources, how its built environment is constituted by material stocks), and to go beyond this to include social systems as well.

Meanwhile, we propose a third concept of urban development domains that can capture the ways in which several systems combine and overlap to produce particular problems and solutions for urban development. The notion of domains also offers a better route to reframing sectors in a broader, more systemic and more politicised way.

3. Urban development domains can be defined as fields of power, policy and practice that are relevant to the solution of particular problems. They are constituted by actors (political, bureaucratic, professional and popular) that seek to claim authority and rights over a particular field, such as housing, through various means.

Domains are highly political, both because they are sites of contestation between actors with different interests and ideas, and because they often play a wider role in sustaining the balance of power within the city and national-level settlements (for example, through providing rent-seeking opportunities, legitimacy and/or votes for powerful players). 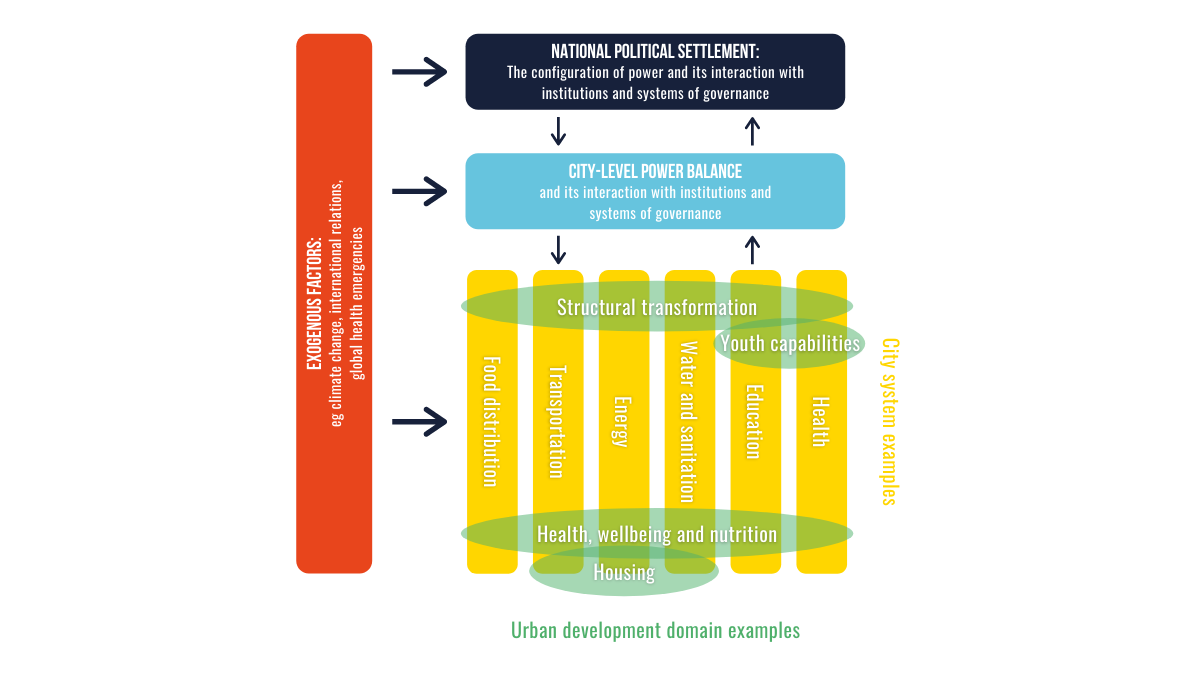 Figure 1 illustrates how these core concepts relate to one another. The figure can be approached from any angle, but here we describe it from the bottom up. Within selected urban development domains, such as housing or health, wellbeing and nutrition, we expect to find constellations of international and domestic actors with their own ideas and interests and more or less institutionalised ways of relating to one another.

These span multiple city systems, which will themselves be comprised of actors with ideas and interests arranged in various formal or informal institutional relationships and, to a greater or less extent, embedded in or struggling over various material flows and structures.

Some of these domains will be relatively discrete from one another, as in the examples of housing and youth capabilities in our diagram, while others – like youth capabilities and structural transformation – may interrelate and/or overlap in areas such as actors or activities.

Both the domains and the systems, meanwhile, will be connected in the sense of being interwoven – that is, having complex causal relations with – a city’s politics and the nation’s political settlement, again to greater or lesser degree.

In some cases, these will place a set of more or less loose constraints on what is possible in terms of urban reform, particularly with respect to addressing urban injustice, securing political inclusion and redistributing resources to the benefit of disadvantaged groups. In others, especially those where votes, rents or security are critical to the reproduction of the settlement, the ideas and interests of actors in the city’s politics or national settlement will reach right into these arenas, shaping them directly.

In all cases, we expect that the scope for inclusive urban development efforts at the city scale – and in terms of cities’ contributions to national development – will be influenced by the degree of power concentration and the breadth of the social foundation that characterises national political settlements and the balance of power at city level, though this remains to be tested.

While in some cases the city’s power balance and the national settlement will be closely aligned, in others they will be in tension. The nature of this relationship is also likely to affect the scope for solving problems in urban development domains, as of course will the nature of the built environment and the city systems with which it is involved.

Simultaneously, all three dimensions will be influenced by exogenous factors, such as climate change, international relations and global health emergencies, while certain other flows of international ideas and finance, for example, will become constituent parts of the political settlements and domains mapped out here. Throughout our research we will examine some key themes that cut across the politics of urban development, with a particular focus on gender, climate change and finance.

The purpose of the framework (and the research it gives rise to) is not, in the first instance, to produce a grand explanatory theory of the problems of African urban development. Rather, it is to diagnose the source of problems, improve understanding, provide pointers for reformers on how and where to focus their energies, and help such reformers anticipate the problems that they will have to address. Our ultimate aim is to inform better decision-making by urban policymakers and reformers.

In the next blog in the series, Tim Kelsall will unpack in more detail the political settlements approach and insights we expect it to provide us with.

← Partner Spotlight: Shack/Slum Dwellers International (SDI) Can housing reform help cities deal with climate change whilst reducing poverty? →
We use cookies on our website to give you the most relevant experience by remembering your preferences and repeat visits. By clicking “Accept All”, you consent to the use of ALL the cookies. However, you may visit "Cookie Settings" to provide a controlled consent.
Cookie SettingsAccept All
Manage consent