This is the first of a three-part blog series reflecting on our encounters and experiences during the workshop.

A different kind of space

The UTA-Do workshop offered space for a diverse range of urban thinkers and practitioners from Africa to meet, reflect and engage in dialogue and ideas from multiple positionalities and perspectives. There were at least 40 attendees from Angola, Ethiopia, Ghana, Kenya, Malawi, South Africa, Tanzania, Uganda, the UK and the USA, of varying ages, personal and professional backgrounds, disciplines and careers. A key achievement for the workshop was in creating a space and a forum for these African urban theorists to meet, learn, exchange and draw from these personal frameworks to contribute and enrich the programme. As participants, we were gifted with an unprecedented opportunity to bring our ideas, work, energy and experiences into connection with fellow thinkers and doers from across the continent – in fun and stimulating engagements – to grow from this encounter, and to forge connections for future collaboration.

The UTA-Do programme was structured to blend formal and informal interactions to enable co-learning, dialogue, fun, exchange, and to stimulate as well as challenge theoretical and methodological processes – highlighting the importance of generating new ways of thinking about and doing research on the African city. The programme included exclusive keynote presentations, guest speaker lectures, interactive hybrid sessions, thought-provoking working group discussions, field visits, reflection sessions, lunch and dinner events around the city, and a closing night party with Sound of Nairobi DJs. 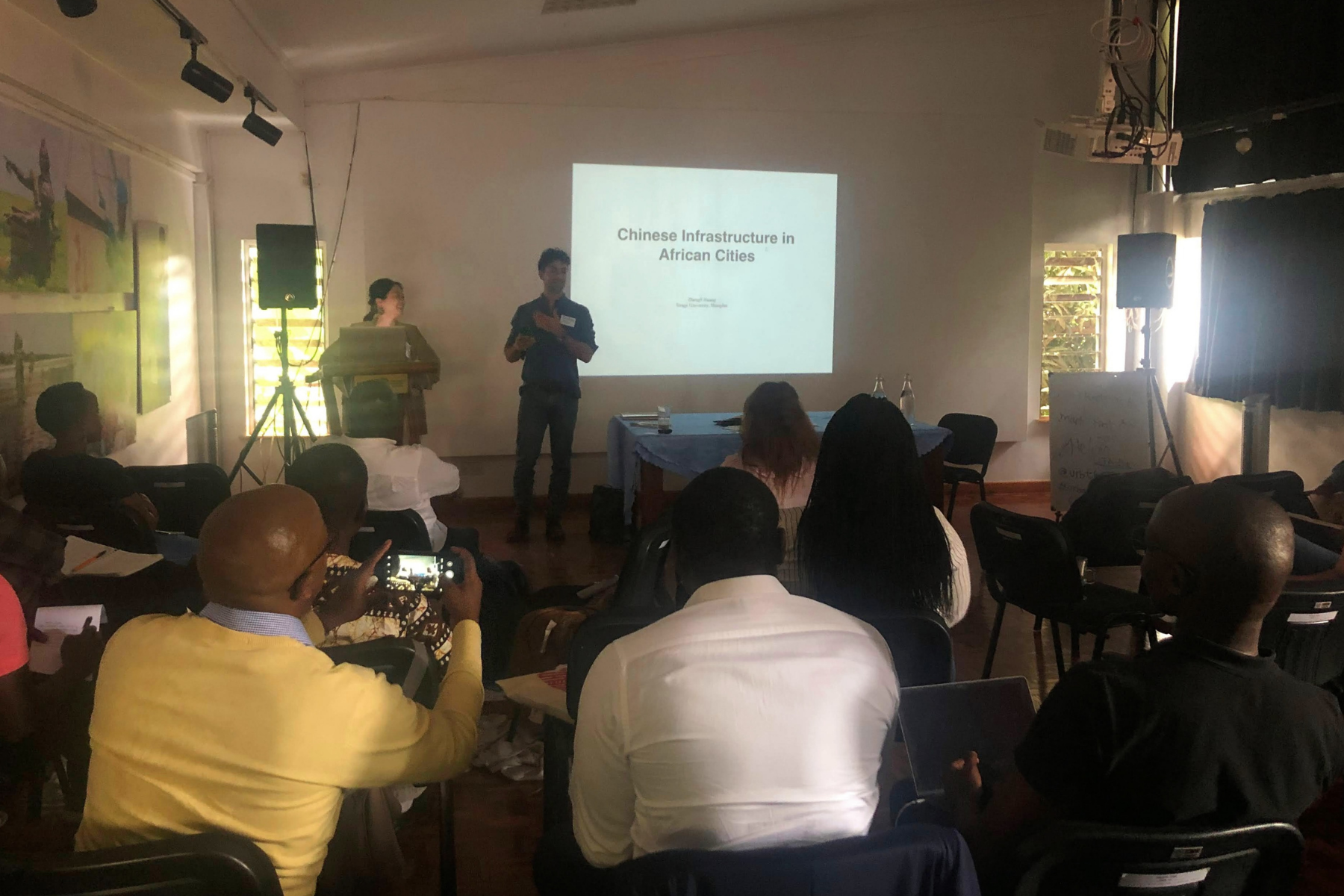 Beginning with a thought-provoking keynote presentation by Jethron Ayumbah Akallah, lecturer at the Department of History and Archaeology at Maseno University, the workshop situated the principles of UTA-Do within discussions on the right to the city, who owns the city and how the city is experienced and perceived. Describing the roots of the UTA-Do concept – set in city dwellers’ resistance to the challenges posed by everyday urban life – Jethron described the temporality of cityness in many African contexts, where home often resides outside of the city, in rural areas as places of origin and de facto belonging.

Jethron referenced the works of David Harvey and Jennifer Robinson, among others, raising questions around the ways that the phrase UTA-Do can manifest: when doing becomes undoing, or doing differently; as a form of protest or defiance; or as a surrender to unchanging conditions. With many challenges in the lives of marginalised urban groups relating to a lack of service provision, Jethron emphasised the need to acknowledge existing, informal provisions of water or transport as a form of UTA-Do – of making and re-making the city – despite being off the grid. Informality as a type of cityness, then, becomes essential to the UTA-Do mentality and its perseverance.

Building on these reflections and contemplations, Wangui Kimari – social justice activist, anthropologist and participatory action research coordinator for the Mathare Social Justice Centre (MSJC), and part of ACRC’s safety and security domain team in Nairobi – led the first interactive session of the workshop around conceptualisations of southern urbanism. This saw participants discussing the meaning behind southern urbanism in relation to the Eurocentric vision of urbanity – exploring the different ways of framing what the city is and how where we are situated theoretically shapes how we see African cities. A key takeaway was the need to “write from within UTA-Do contexts”, rather than writing about them.

A lecture led by Liza Rose Cirolia, senior researcher at the African Centre for Cities and part of ACRC’s land and connectivity domain, delved into the material fabric of the urban, exploring the fundamental importance of infrastructure in understanding the present, as well as the future, of the African city. Drawing on a variety of examples, and contextualising the narrative within the SDGs and Agenda 2063 framework of developmental objectives, Liza’s lecture took a deep dive into unravelling how “writing and narrating a moment from infrastructure” can contribute to challenging, from outside the box, ideas of a single, fixed network of thinking about African cities.

Building on this conversation, Zhengli Huang, postdoctorate researcher at Tongji University, Shanghai, further advanced the discussion on infrastructure as the development project of many African cities through the lens of large-scale Chinese interventions. Drawing on examples such as the Nairobi Expressway and the Addis Ababa light rail transit system, Zhengli’s lecture elaborated on the impact of Chinese infrastructural investment in Africa’s urban development, while also touching on how these initiatives contribute to increasing debts among many recipient nations.

The discussion around China’s role in the infrastructural development of Africa continued with presentations by Andrea Pollio, research fellow at the African Centre for Cities and Interuniversity Department of Regional and Urban Studies and Planning (DIST), Polytechnic of Turin, who also focused on the separate theme of the digital African city. Andrea presented his approach to viewing the city through a digital lens and shared some of the research challenges faced in researching a growing and increasingly digitalising African urbanity, including the visible–invisible nexus of data accessibility and reproduction.

Exploring the smart African city through the social implications of adopting ICT for basic service provision, Prince Guma, researcher in cities, infrastructures and technologies at the BIEA, shared his research into water infrastructures and technologies in Nairobi: a case study of Jisomee Mita (“read your meter”). This was a project designed to reconfigure water supply in the city by integrating low- to middle-income neighbourhoods in Nairobi, including Soweto-Kayole, into extended digitalised networks. Through his empirical findings, Prince highlighted how low-income communities mobilised in diverse ways to resist digitalised processes which had disempowering economic consequences. The research pointed to the nuances and complexities emerging from the rapid digitalisation of service provision in cities in Kenya and beyond.

← Postdoc Profile: Ademola Omoegun Reflections from the UTA-Do African Cities Workshop, Part 2: Remaking the city →
We use cookies on our website to give you the most relevant experience by remembering your preferences and repeat visits. By clicking “Accept All”, you consent to the use of ALL the cookies. However, you may visit "Cookie Settings" to provide a controlled consent.
Cookie SettingsAccept All
Manage consent