A number of core themes cut across different elements of the African Cities conceptual framework, including climate change, finance and gender. Due to their centrality in the political economy of urban development in Africa, these issues will be subject to explicit investigation and analysis.

Here, we delve into the urban public finance system, looking at how a better understanding of responsibilities, revenues and the budget process is key to planning for more sustainable, prosperous and inclusive cities.

By Gundula Löffler and Tom Hart

Urban public finance is critical to the functioning of a city, playing a major role in shaping how cities can meet their urban planning, infrastructure and service delivery responsibilities. Investment in urban infrastructure and local services is essential for more prosperous, inclusive and sustainable cities. The amount and effectiveness of urban infrastructure spending affects local economic development, the connectivity of the city and the quality of housing. The quality and availability of local services such as education, health and policing are essential to broader health and wellbeing.

Yet in many cities these services are underfunded, underprovided and not responsive to local needs. A key factor frequently underlying these issues is how they are financed – a function which may be shared, contested or neglected by city and national governments. The state of a city’s finances and the way they are managed can shed light on how urban governance and, more broadly, the political settlement play out at national–city, city and city–neighbourhood levels. The balance between city and national government spending in these areas provides insight into which public officials are ultimately responsible for providing certain public goods and services, who is included in decisionmaking, and what the prospects for reform look like. For this reason, ACRC has identified urban public finance as a crosscutting theme that is of key relevance to its research domains.

The urban public finance system is concerned with revenues and expenditure under the control of the public sector. Taxing and spending are two of the main policy instruments that governments have for producing change. The urban public finance system helps determine the overall level of resources a city has available, and how they are allocated to different policy areas. Tax and spending policies also affect a city’s economy and can either boost or hinder urban economic growth.

Three key issues underpin the fiscal situation of a city: what goods and services the city is responsible for delivering to its citizens; the city’s revenue sources to pay for these goods and services; and allocation decisions – how and by whom expenditures are being decided upon. 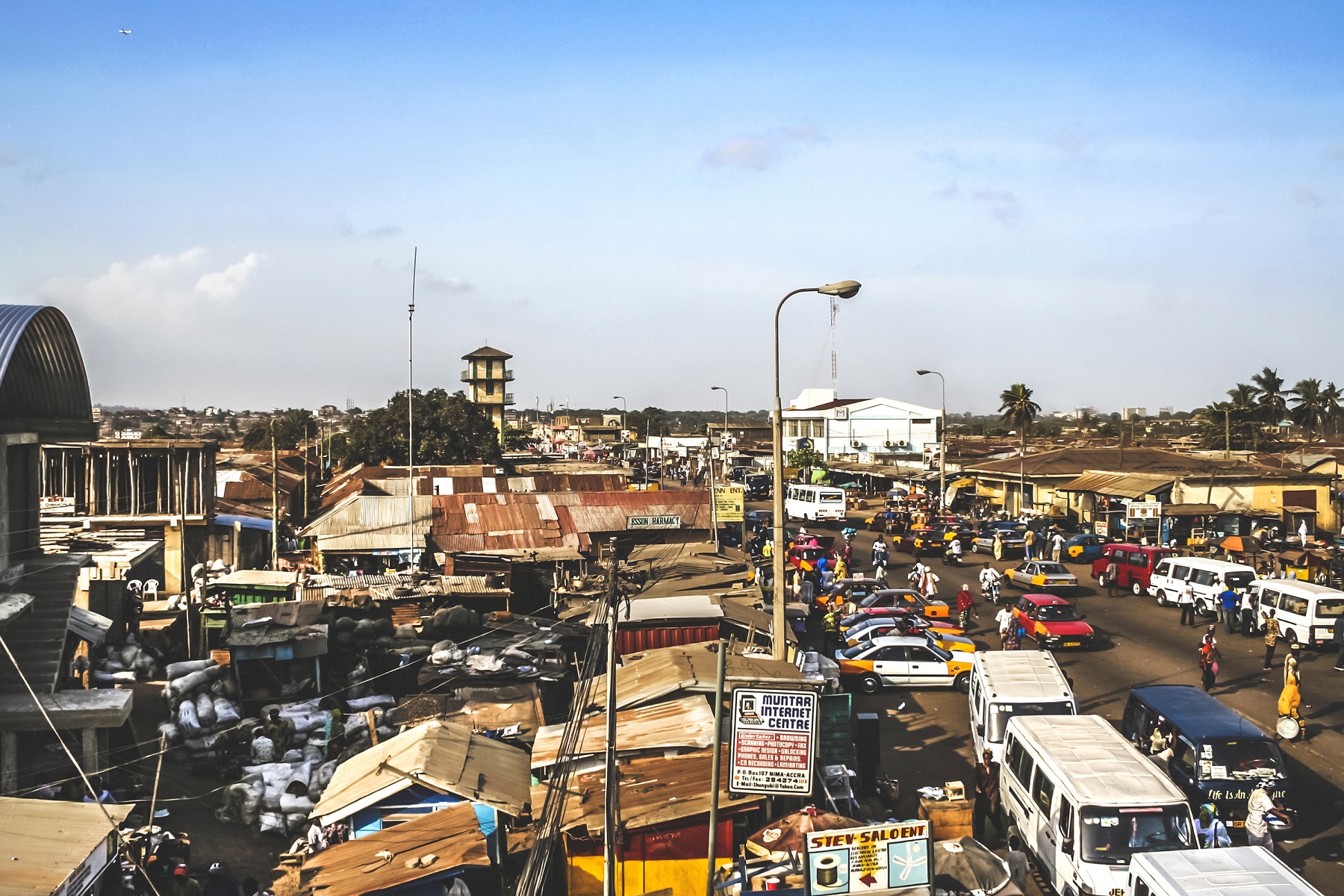 How a city’s finances are managed can shed light on how urban governance and the political settlement play out at national–city, city and city–neighbourhood levels. Photo credit: Peeter-Viisimaa / iStock.

Who delivers what in urban service delivery?

The service delivery responsibilities of cities are usually set out in the national legal framework. Whether these responsibilities are fully devolved, delegated with substantial central policy control, or remain centralised, determines who is ultimately responsible for delivering the service and indicates how much scope local governments have in shaping its implementation. Extensive decentralisation reforms in Africa, and around the world, have expanded the roles and responsibilities for public service delivery of local governments, including cities, over the past few decades. This has also increased their fiscal needs.

Service delivery may be mandatory or voluntary. Cities usually have a legal requirement to provide mandatory functions, with central government expected to provide funding sources. In practice, this funding is often lacking, leading cities to have so-called “unfunded mandates”. A city or local government may also choose voluntarily to perform a function, in response to a specific need or demand of its citizens. 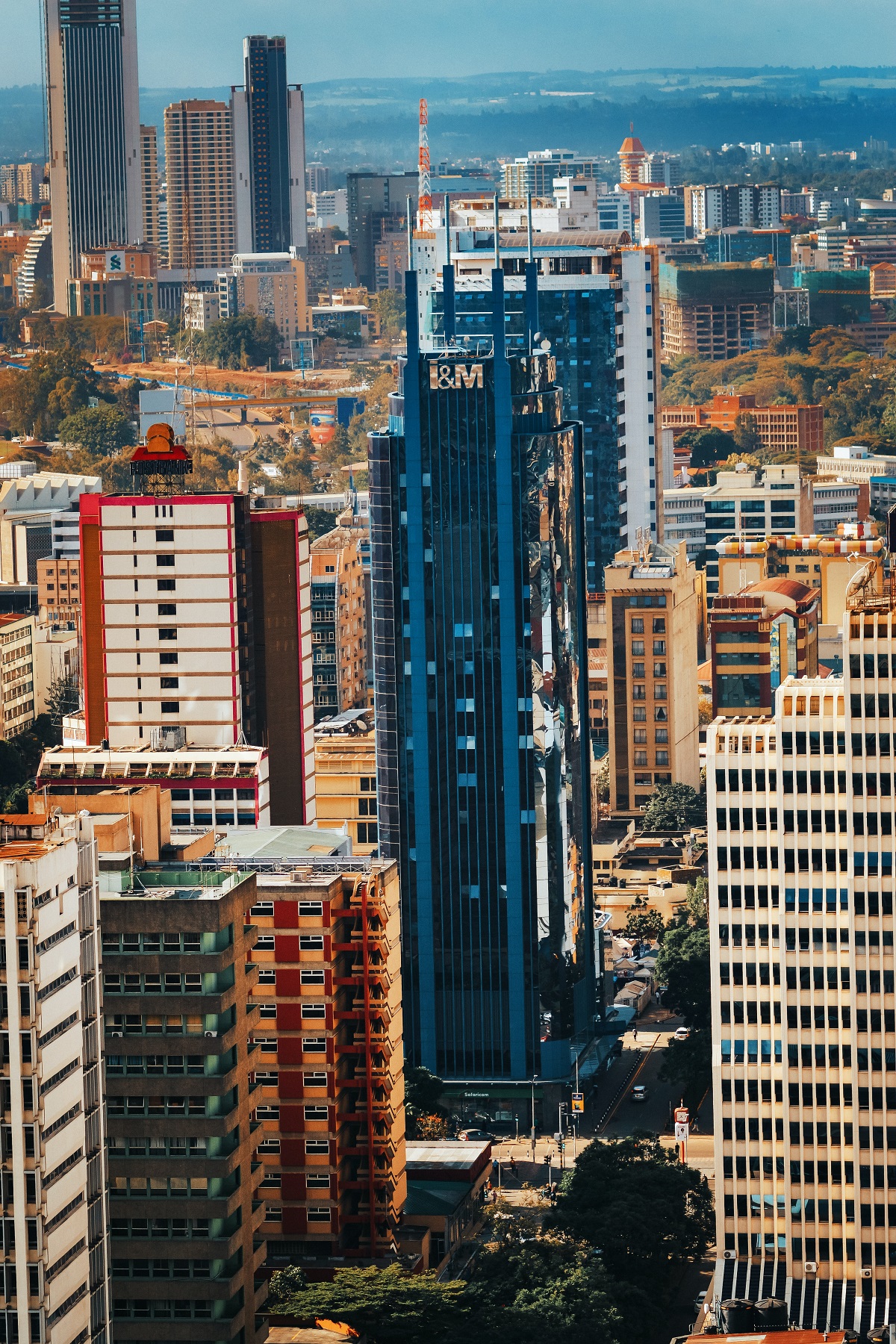 Decentralisation reforms in Africa have expanded the roles and responsibilities for public service delivery of local governments, including cities, over the past few decades. Photo credit: Joecalih / Unsplash

In many African countries, central government levies the major taxes, such as trade tariffs, VAT and personal and corporate income taxes. So, although cities may be the engines of economic growth, they do not share in this growth through tax yields.  As a result, most cities in Africa heavily rely on central government grants as their main source of revenue. These often come with restrictions on how the funds can be spent, thus limiting the city’s budgetary autonomy. Although some grants are allocated according to clear and transparent policies, others are more ad hoc and discretionary, posing a challenge for planning and budgeting.

Many city governments are therefore keen to increase their own source revenue, raised most commonly through taxes, fees or charges on the value of land and/or property, as well as on local economic activities. However, cities often struggle with setting up effective local tax systems, partly because many local revenue sources tend to be heavily politicised. Urban elites may block efficient collection of high value property taxes, for example, and there may be conflict between sectors or neighbourhoods in the city over distribution of scarce resources.

The enormous need for infrastructure investment in African cities calls for a range of different financing models. To date, however, market-based debt financing for African cities, through municipal bonds or the private banking system, remains almost unheard of outside of South Africa. This is due to technical as well as political reasons. Cities on the continent often have credit ratings below investment grade, or struggle to develop bankable projects, making them unattractive to private financiers. But even when the technical requirements are met, central governments may be reluctant to allow cities to borrow, for fear of having to bail them out in case of default, or because they seek to block increased financial autonomy of opposition-held cities.

Municipal development funds or other financial intermediaries provide an alternative means of accessing infrastructure finance. These offer concessional loans to local governments, often paired with technical assistance for project development. They are becoming increasingly available, but to date there are only a few African experiences with this type of approach, and they need to be established by national or regional agencies. For city governments themselves, the priority should be to establish a reasonably functioning public financial management (PFM) system and a stable operating surplus that can be used for debt servicing, to allow them to take advantage of such financing modalities once they are available.

Who gets what, when, how?

A key issue for urban public finance is where and how decisions are taken about allocating resources for service delivery expenditures and infrastructure investment. In principle, resources are allocated through the budget process. This process is influenced by both formal and informal processes, such as whether it is primarily driven by technicians, or by the mayor, or whether it is subject to fierce political debate and influence in the city’s legislative council; as well as what role higher-level governments play in shaping and approving the city budget.

Increasingly, cities use participatory planning and budgeting to identify the needs and preferences of constituents and empower local communities to take part in the local political process. These can vary in the extent to which they are genuinely inclusive and participatory, and in the willingness of local governments to fully commit to their implementation. Stakeholders and interest groups may also influence budget allocations from outside the formal processes – overtly, through demonstrations, or covertly, through lobbying. It is thus important to be aware that actual practices can deviate substantively from what the formally outlined processes are.

Together, analysis of these factors – responsibilities, revenues and the budget process – can reveal much about why a city’s budget looks the way it does, what level of financial autonomy a city government has, and what the political status of a city is. This complex mix of factors that shape a city’s public finance plays out across all city policy responsibilities. It is critical to incorporate this understanding when planning for a sustainable, prosperous and inclusive urban future.

← Community-led research: A conversation with Eva Muchiri and Nicera Wanjiru Understanding housing challenges in Cockle Bay, Freetown →
We use cookies on our website to give you the most relevant experience by remembering your preferences and repeat visits. By clicking “Accept All”, you consent to the use of ALL the cookies. However, you may visit "Cookie Settings" to provide a controlled consent.
Cookie SettingsAccept All
Manage consent