This blog is the third in a series exploring different aspects of city development and urban change in Africa, featuring contributions from researchers and practitioners working within the African Cities Research Consortium.

The first blog looked at how the size and the spatial distribution of large cities changed between 1800 and 2020, the second blog explored Africa’s largest cities viewed over the last 16 centuries, and the third blog delved into what we don’t know about these cities.

This blog considers what we know about Africa’s 100 largest cities – responding to the third blog in this series, which looked at what we don’t know. This is with a particular focus on the drivers and other influences that shape contemporary urban change.

The next blog in this series looks at how the lack of data on cities is invisibilising them and their populations’ needs.

Capitals are relocated when it suits those in power to do so – as discussed in the second blog in this series – usually for political or military reasons. The French created Niamey as the capital of Niger in 1905, then shifted the capital to Zinder in 1912. In 1926, prompted by Zinder’s proximity to the Nigerian border and its distance from French-controlled ports, they moved the capital back to Niamey.

Yamoussoukro was made national capital of Cote d’Ivoire in 1983, but Abidjan remains the economic capital.

Abuja replaced Lagos as national capital of Nigeria in 1991, located in the geographic centre and seen as neutral by the powerful ethnic parties of the North, Southeast and Southwest.

In Tanzania, Dodoma, also at the country’s geographic centre, was designated capital in 1974. But it has proved difficult to persuade all government departments to move, despite the demand of the late President John Magufuli.

In Zambia, the colonial government chose Lusaka in 1930, as they wanted their capital closer to the Copperbelt, but not within it.

When were cities founded?

We have established founding dates for 70 of the 100 cities (see Box 1), taking care to separate out the founding of settlements that may have subsequently evolved to become cities. There is also a lack of agreement on the definition of a city.

Most cities fall into one of two categories, depending on when they were founded: capital cities of empires, kingdoms and caliphates, many of which date back hundreds of years; and cities founded by foreigners.

Cities controlled by the Portuguese go back to the 16th century and include cities serving slavery. Later, mainly between 1880 and 1920, cities were founded by foreigners and foreign governments primarily for the access they provided to oil and valuable minerals. Johannesburg was only founded in 1886 after gold was discovered; by 1902 it already had 100,000 inhabitants.

Many cities were named after kings or queens of colonial powers or colonial government employees (see Box 2).

From the three most populous:

To the three least populous:

To the three newest: Abuja (Nigeria), Nouakchott (Mauritania) and Enugu (Nigeria), founded since 1950.

When cities were founded

Of the 71 cities for which we have dates:

Box 2: How cities got their names

Durban was named after Sir Benjamin D’Urban, then governor of the Cape Colony.

The Belgian government established the city of Elisabethville – later renamed Lubumbashi – and named it in honour of their Queen Elisabeth.

Brazzaville was named after its founder, the Italian-born explorer Pierre Savorgnan de Brazza.

N’Djamena was founded as Fort-Lamy by the French, named after an army officer who had been killed in battle.

Maputo had been named Lourenço Marques, after the navigator who explored the area in 1544.

The capital of the Hausa state of Zazzau in the late 16th century was named Zaria, after the ruler’s younger sister and successor.

Kinshasa had been Leopoldville, named in honour of King Leopold II of Belgium.

We assume that these 100 cities have a large share of Africa’s economy, although there is no data on this. But we can see a diverse range of economic changes. Many of the 100 cities have undergone rapid economic growth, driven by oil and gas production, extraction of precious metals, jewels and other valuable mineral resources, and by the local demands these create for producer and consumer goods and services.

The inhabitants of these resource-rich regions usually derive little benefit, however. This underlies political tensions that fuel conflict and often generate large numbers of refugees and internally displaced populations.

Many large cities have ports that are (or were) important parts of the economy. Some served as provisioning centres – for instance, large fleets would routinely stop at Dakar on their outward and return journeys from India, to repair, collect fresh water and trade for provisions with the local people.

Cape Town was developed by the Dutch East India Company to play a comparable role for Dutch ships sailing to East Africa, India and the Far East. Today, most of the largest ports are within the 100 cities: Durban, Mombasa, Lagos, Abidjan and Tangier.

Tourism is important in many coastal cities and historic cities, especially in northern Africa and also, among the 100 cities, Cape Town, Mombasa and Zanzibar. Egypt, Morocco, South Africa and Tunisia have the highest international tourist arrivals in Africa. Eight of our 100 cities feature in a list of top 100 cities ranked by international visitor numbers (including for tourism and business): Cairo, Johannesburg, Marrakech, Cape Town, Casablanca, Durban, Accra and Lagos.

Some cities, such as Nairobi, Addis Ababa and Abidjan, have become concentrations of international agencies. This gives rise to a concentration of highly paid international agency staff, whose demand for goods and services can intensify a city’s population growth. Ironically, most of these agencies do not fund initiatives in their city where most of the population lives in informal settlements with very inadequate service provision.

One of the most powerful influences on large city growth is the roles, responsibilities and funding the city government receives (or does not receive) from national or state government. Another is the quality of city governance. A third is the quality and coverage of national government services within their jurisdiction, such as schools.

Cities are almost always concentrations of public services, public investments in infrastructure, and public employees. So the scale and scope of their contribution to employment and the city economy depend on the extent of decentralisation. Generally, however, city governments in Africa have very limited funding. 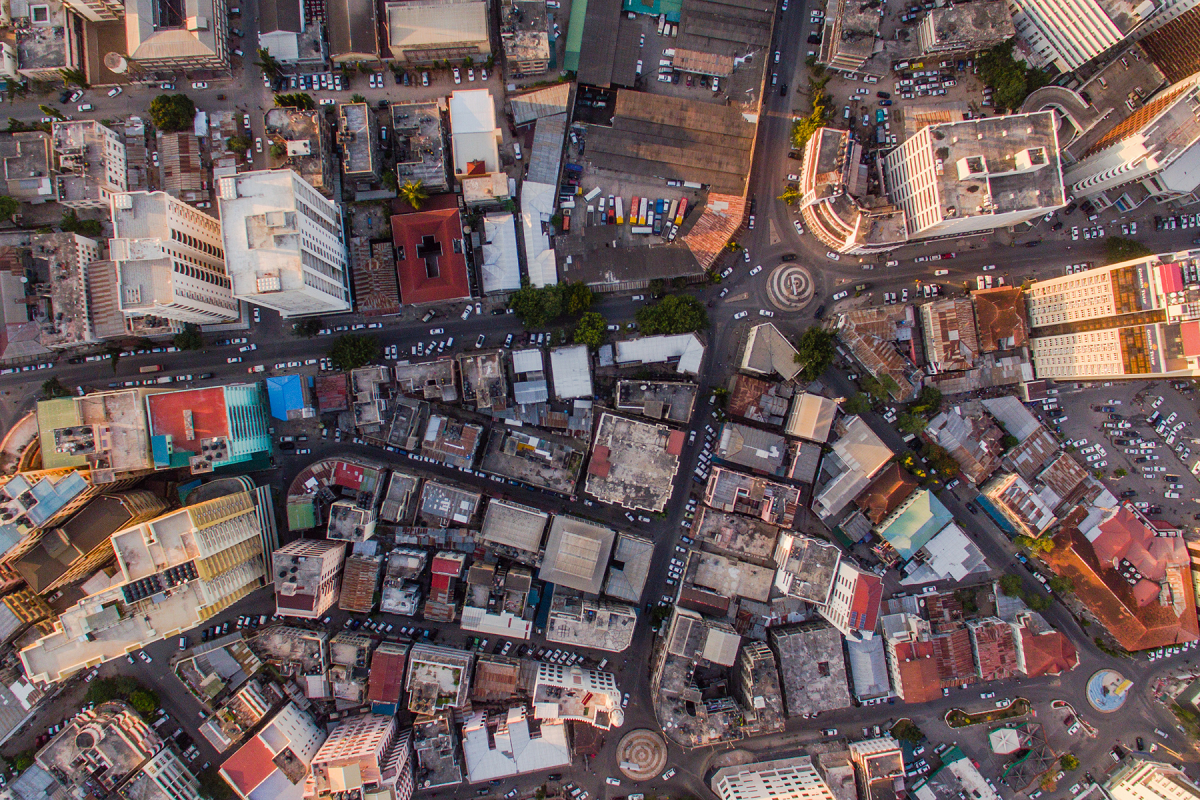 Many cities lost out to colonial rule, but some grew rapidly as centres of administration and control. Dar es Salaam’s size and status were reinforced by its role as the administrative and commercial centre of German and then British colonial rule. After the French took Algiers in 1830, they made it their military and administrative headquarters. The Belgian government established Elisabethville (now Lubumbashi) as its capital. Lilongwe and Kaduna were founded by the British and became important colonial administrative centres. Maiduguri was founded in 1907 as a military outpost by the British.

New technologies transformed transport for people and goods – providing higher speeds and carrying capacities, better access to those wanting to travel or to send or receive goods, and lower costs. The development of transport infrastructure provided the means to extract valuable resources from the locality. But local populations often derive little or no benefit from this process.

At different times and places, camels, boats, ships, railways, roads, highways, bridges, pipes and air travel served the movement of people and/or goods and supported cities. Sometimes they competed (for example, road versus rail), and sometimes they complemented each other (such as roads serving railways, railways serving ports, and ports as provisioning centres for ships). Telecommunications systems have become essential for all cities to serve the movement of data and internet access. 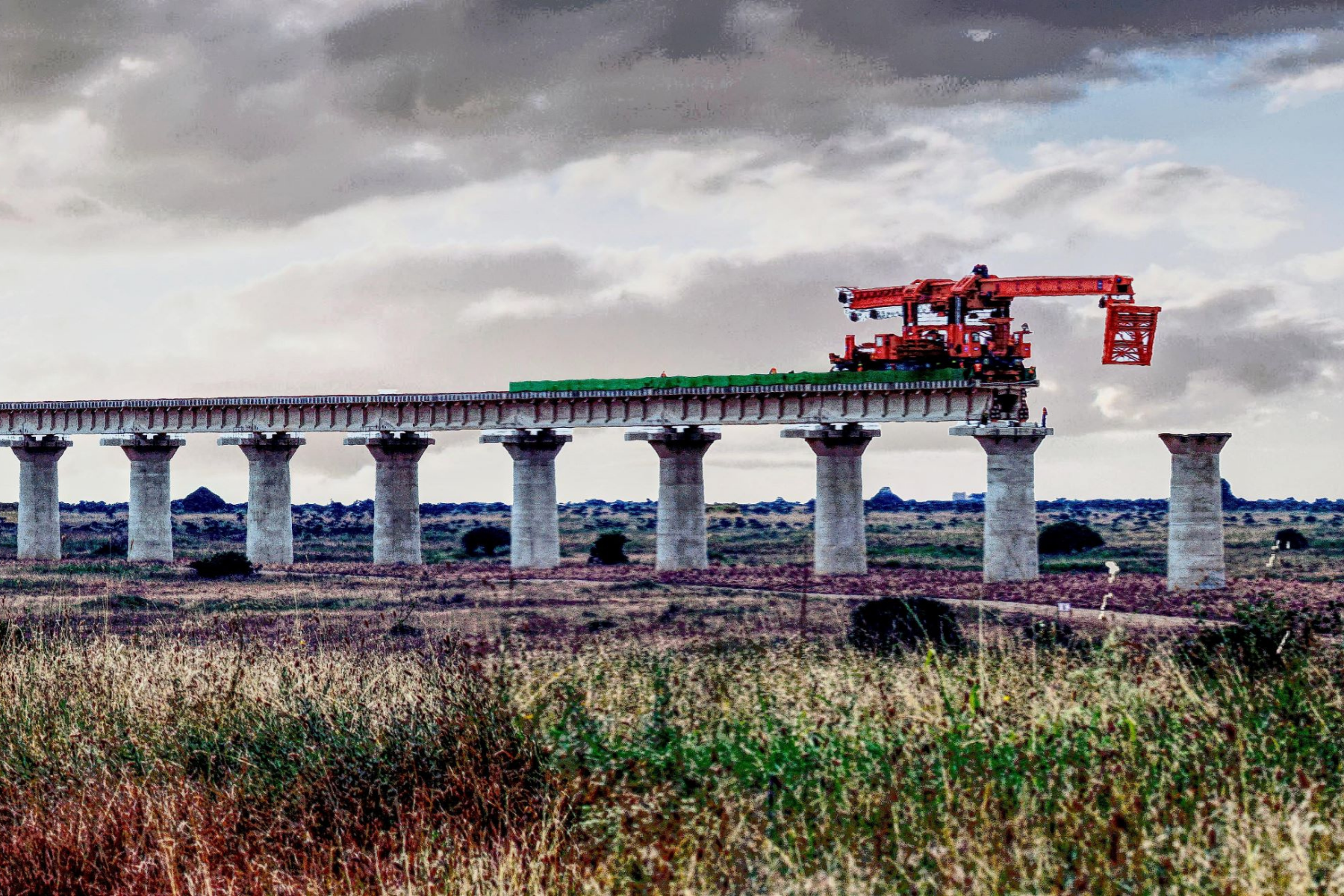 Generally, transport costs became lower as new modes of transport were introduced. Demand for goods and for travel interacted with changing transport modes and costs. Camels across the Sahara could only take high-value, non-perishable goods, due to the time needed and the limits of camels’ physical capacity. So trade using camels would specialise in high-value, mostly light goods – spices, kola nuts, salt.

As described in an earlier blog, many cities grew as centres supporting camel caravans. But to note the obvious, camels were not used to transport coal, as it is too heavy and low value – railways were much faster and able to deal with large volumes and heavy weights of low-cost goods. Enugu could only exploit its coal when the railway arrived.

Some cities drove these changes, others were founded to serve them. And politics along with (external and internal) demand for resources shaped everything. Half of the 100 cities have ports, most have airports.

Heavy investments in railways in much of colonial Africa brought new economic activities to cities that were on the railway system. Many of these railways were built to exploit and export valuable resources, and were also important for both colonial administrations and the quick movement of troops. National armed forces were concentrated in many cities, swelling local populations and economies.

Many cities’ economies grew from supporting high-value agricultural exports and the range of enterprises that support their growth, processing, packaging and transport. There is surprisingly little documentation on food and agriculture in regard to the 100 cities, except in cases where the city served a region producing crops or other agricultural products for national and international markets (such as Port Harcourt for palm oil during colonial rule). Apart from some city case studies, we know little about the agriculture feeding the 243 million residents of the 100 cities. Umuahia, Kaduna, Aba, Osogbo, Onitsha and Bobo-Dioulasso are among the 100 cities with important agricultural markets and associated agricultural services.

Other drivers of change

Contemporary urban change has many other significant influences and drivers. Extreme weather events, disasters and water shortages – to which climate change has contributed – are likely to become more extreme and more frequent.

For many cities, change is brought about by conflict and/or people displaced by conflict. Covid-19 and risks of other pandemics and the many life-threatening diseases – whose impacts get forgotten in the fight against the current pandemic – are having a profound impact.

One positive outcome of the pandemic could be a much wider recognition of the importance of well governed and adequately resourced local government and local civil society, including grassroots organisations and federations.

Sources: The text in this blog draws heavily on the profiles of the 100 cities in Wikipedia.

← What we don’t know about Africa’s 100 largest cities Partner Spotlight: The University of Manchester →