This blog is the third in a series exploring different aspects of city development and urban change in Africa, featuring contributions from researchers and practitioners working within the African Cities Research Consortium.

The first blog looked at how the size and the spatial distribution of large cities changed between 1800 and 2020, while the second blog explored Africa’s largest cities viewed over the last 16 centuries.

This is the first of four blogs, considering what we know (and don’t know) about Africa’s 100 largest cities. Also to come are blogs on the thousands of urban centres that are not in the 100 largest city list.

A quick review of Africa’s 100 largest cities does not present many surprises. Most are in Africa’s wealthiest nations. Most are national or regional/state capitals. At least half have river or seaports. Many have had railway stations for decades and, more recently, airports and connections to highways. A large number have universities. All have profiles in Wikipedia including many that run to several pages.

But if we take a more careful look, we may be surprised. There are cities whose populations have doubled or even tripled since 2000 (see Box 1) and whose governments’ budgets, bureaucracies and technical capacities are far too small to cope. We find cities where most of the population and workforce live in poor quality, overcrowded informal settlements lacking safe, regular water supplies and adequate provision for sanitation, drainage, healthcare, emergency services, electricity, schools, the rule of law and other vital services.

In other words, these are cities that are catastrophically failing to meet their responsibilities in public services provision – and it seems, from the limited data available, backlogs are growing. Data on health outcomes in informal settlements, such as infant, child and maternal mortality rates, are very rare. And all this in some of the wealthiest nations and cities.

We see how little attention is paid to reaching groups of city dwellers facing discrimination on the basis of gender, age or ethnicity/nationality, or groups with chronic health problems or special needs. Many cities have large numbers of refugees and internally displaced persons, who are not in camps and are now part of city labour markets/economies – they too often face discrimination. On top of this, current incapacities to address Covid-19 reflect decades of underinvestment in public services.

A constant theme in this blog series is the lack of data on those city residents whose needs are unmet in the ways we have just seen. Official data sources are usually of no use to city governments, because they are from sample surveys that can only give aggregated statistics. They have no local statistics of use to local governments and civil society. There are usually limitations in other data sources, such as vital registration systems and censuses (these limitations will be the focus of a future blog).

This lack of relevant data means that the issues the data should inform are not addressed. How can a city government develop plans for improving water supplies without data on the quality of water provision to each household? Informal settlements usually fall outside any data gathering on service provision, even when they house 30-70% of a city’s population and workforce.

As noted earlier, all 100 African cities have profiles in Wikipedia. Many are long and detailed. For instance, there is a 10,000-word entry for Lagos but the coverage for ‘slum’ and for water and sanitation is restricted to one sentence, noting that a sizable proportion of the residents live in slums without access to piped water and sanitation. Housing issues for low-income groups, including evictions get no mention. The estimate that less than 5% of the city’s vast population have sewer connections gets no mention.

A 7,000-word article on Kinshasa notes that the city’s infrastructure for running water and electricity is generally in bad shape, but that is it. No mention of informal settlements where much of the city’s population live with very large deficits in provision for water and sanitation. 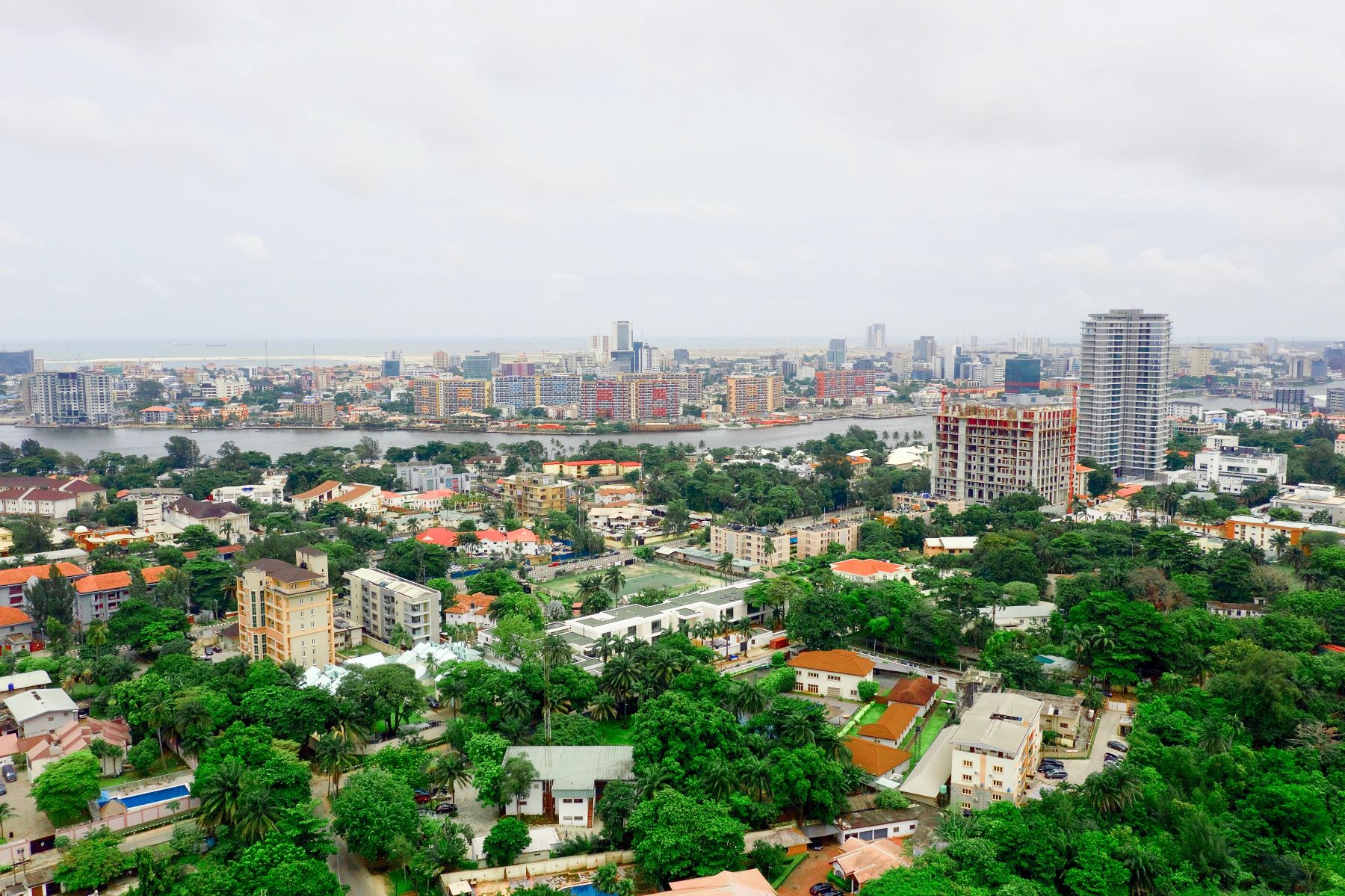 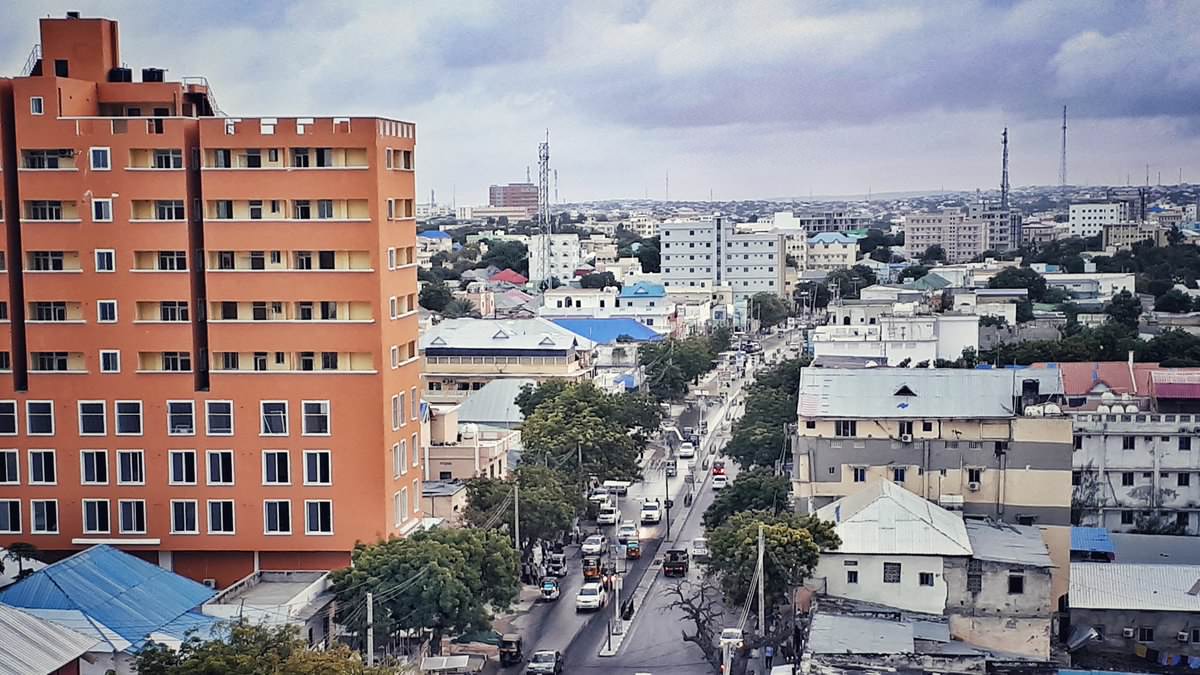 Mogadishu gets a detailed 16,000-word profile – but no mention of the very poor housing conditions and lack of basic services facing much of the population. Most live in 480 informal settlements spread across the city. A report in 2020 noted that housing consists predominantly of corrugated metal sheet shacks or temporary shelters made of sticks, plastic and fabric. These settlements often lack proper buildings and the most basic services (including access to electricity, water and sanitation).

Wikipedia is not averse to these issues – for instance, it has a detailed profile of Kibera, one of the largest informal settlements in Nairobi. So perhaps the point is not that contributors to Wikipedia ignore these issues, but that the data needed to cover them is not available.

What lack of data?

The lack of city and community data on how well needs are being addressed means that we do not know how well cities and city governments are meeting their responsibilities for public services. We do know, however, that innovative, well-resourced city governments working with their populations can do much to meet these needs and reduce the backlogs.

We have also learned that effective responses to Covid-19 need partnerships between local government and grassroots organisations. We have amazing examples of grassroots organisations striving to address the gap between services needed and local governments who partner them – many who are now uniting to fight Covid-19 and its economic, social and health impacts. But little funding is available for them. And there is generally little capacity in city governments and national and local and public health care services to work with them.

The next blog explores the drivers and other influences of contemporary urban change in Africa’s 100 largest cities. Future blogs will cover invisibilising cities and their populations – including the obsession with national statistics and international comparisons – and alternative data sources for cities and communities.

← Community mapping in Kenya improves state Covid-19 response Getting to know Africa’s 100 largest cities →
We use cookies on our website to give you the most relevant experience by remembering your preferences and repeat visits. By clicking “Accept All”, you consent to the use of ALL the cookies. However, you may visit "Cookie Settings" to provide a controlled consent.
Cookie SettingsAccept All
Manage consent