This is the third and final blog in the series, looking at the idea of reimagining the city.

Reimagining: The essence of UTA-Do

Across the breadth and depth of the workshop sessions, unique in their format as well as content, arguably the most powerful of these was a visit to the Mathare Social Justice Centre (MSJC). The visit included presentations and an overview of the movement’s history, covering events from the Centre’s creation to the police executions of local residents in response to supposed criminal activity in the Mathare settlement, with many unemployed youth becoming subjects of extra judiciary killings by state authorities.

Starting by documenting these crimes, the MSJC’s activity grew to incorporate various forms of resistance, including the Mathare Green Movement, which consisted of planting trees for victims of police crimes in the settlement, as well as a MSJC Kids Club, where children are mentored and schooled through fun activities designed to build their confidence and creativity. Other initiatives include the Matigari book club and Until Everyone is Free, a podcast series that uses the life and work of Kenyan freedom fighter, Pio Gama Pinto, to reflect on present realities and politics in Nairobi.

Equally inspiring and tuned to a similar tone of resistance, the Sound of Nairobi workshop session offered an alternative perspective to experiencing the city through the arts. Sound of Nairobi is an open access online archive, collection and portal of sounds from the city. The platform offers users an opportunity to upload their own sounds and listen to others in the portal, inviting them to consider how everyday audible experiences often go unnoticed, despite forming the essence of our city experiences. The portal draws people closer towards sounds that are often unheard, including silence as well as sound, considering how the city is shaped through sound and how different aspects of city life produce difference audible experiences. Ultimately, Sound of Nairobi functions as a living repository of urban sound, uplifting everyday experiences and voices through the arts in an alternative and inspiring way. 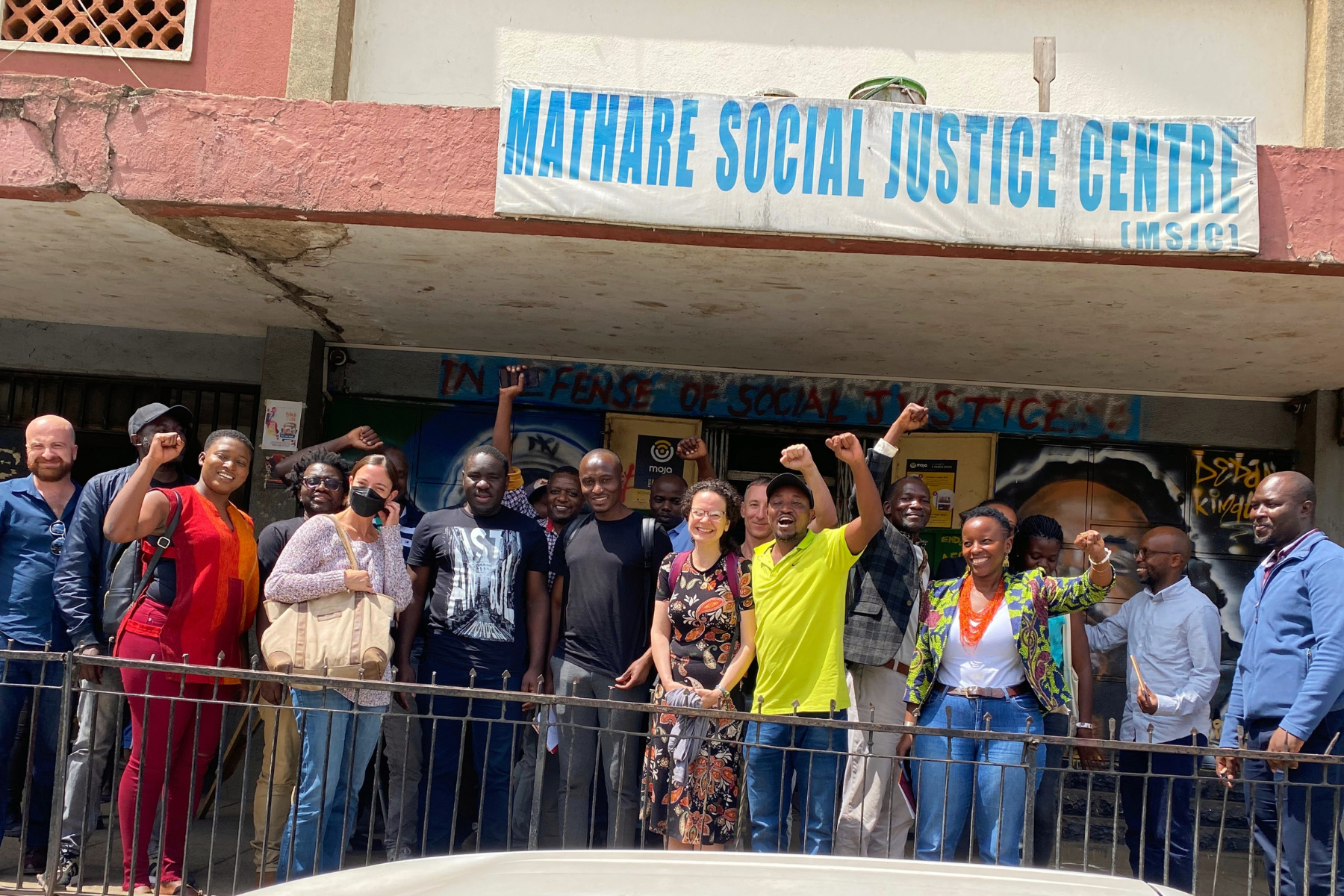 A visit to the Mathare Social Justice Centre (MSJC) was a particular highlight of the UTA-Do workshop.

Workshop participants were also treated to an evening pre-screening of Kamirithu, a film documentation and history of the Kamirithu Educational and Cultural Centre – an open-air theatre in Limuru that was established by workers and residents fromKamiruthu village. The Kamirithu theatre is best known as the site where Ngugi wa Thiong’o’s critical play, Ngaahika Ndenda (“I will marry when I want”), was written, directed and initially performed in 1977. The play was subsequently halted by the then government, the centre banned from holding gatherings and events, and Ngugi wa Thiong’o arrested and detained. Kamirithu is narrated by original cast members, and centres on the establishment of the centre, the production and subsequent banning of the play, and the ultimate destruction in 1982 of the facility by authorities at the time.

The cast members share reflections on their own lives, presenting multifaceted pathways through which they came to use drama and music to protest and highlight challenges in their village, relating to land, dispossession, industrial environmental pollution and oppressive work environments. Framed against the play, these life histories offer a rich and nuanced reflection, not just of Kamirithu and Limuru town, but of Kenya’s complex histories of land and dispossession that continue to date. In this way, Kamirithu provided UTA-Do participants a view of how history also provided forms of activism – through drama, music and creative arts – that could be connected to new social justice centres that were organising to contest similar issues.

Offering another alternative perspective on how to think of the city was a contribution by Carl Nightingale, associate professor of urban and world history at the Department of Transnational Studies at the University at Buffalo. Situating cities within the discussion on the Anthropocene, Carl joined the workshop in a hybrid session to present his book, Earthopolis. Carl covered the history of urbanisation of the world through perspectives on planetary urbanisation and discussed his ideas around realms of action, habitat, impact and consequence.

As the UTA-Do workshop drew to a close, with a celebratory dinner and party held in Nairobi and hosted by Sound of Nairobi, many of us shared our enthusiasm over the event itself, the inspiration we gained from the interactive sessions, lectures and talks, as well as our excitement about the potential of future collaborations and engagements with attendees near and far.

In the midst of exploring the challenges of doing as well as undoing, reimagining and unlearning, most of us found that in order to claim new perspectives and ways of thinking, old frameworks and narratives must be dismantled. Looking forward, this event set a precedent for future workshops that will undoubtedly be equally thought-provoking and inspiring in addressing the essence of UTA-Do.

← Reflections from the UTA-Do African Cities Workshop, Part 2: Remaking the city What are the political factors underpinning urban reform in African cities? →
We use cookies on our website to give you the most relevant experience by remembering your preferences and repeat visits. By clicking “Accept All”, you consent to the use of ALL the cookies. However, you may visit "Cookie Settings" to provide a controlled consent.
Cookie SettingsAccept All
Manage consent