Amid environmental disasters, dwindling resources, population growth and protracted conflicts, the social, economic and spatial reorganisation of cities is more imperative than ever. This year’s Development Studies Association Conference examined equitable futures in an urbanising and mobile world through the normative lenses of justice and equity. The African Cities Research Consortium (ACRC) showcased its ongoing enquiry, to provide a nuanced understanding of where African cities sit in the global efforts to improve urban liveability.

Sam Hickey et al. (2022) outlined the conceptual framework of ACRC’s ongoing cutting-edge research on urban reforms in Africa, comprised of three interconnected notions. The first is a political settlement, which captures how processes and institutions are configured, and reconfigured, often to generate benefits for powerful groups, at the expense of the poor. The second is the city systems through which politics is filtered and the distribution of resources is partially channelled. The last is the urban development domain, which highlights how power, policy and practice interact to shape the city. In a related paper, Diana Mitlin (2022) explores how reform coalitions can enhance the interests and visibility of low-income city residents, if the political environment within which they operate has a degree of freedom, allowing them to bring enough pressure to bear on authorities.

Tensions between central and city authorities

To unpack the meaning of the conceptual framework outlined above, three papers have explored the tension that characterises the relations between the central and city authorities in Africa. For instance, Abdul-Gafaru Abdulai (2022) highlights how Accra’s development planning and management is impacted by the tension in centre–local relations. He reports that two main rival parties control national politics in Ghana. Due to its large number of voters, Accra is a critical location for this power struggle. While, on the one hand, this positions the city as an interlocutor for the production of national power, it makes it susceptible, on the other hand, to political manipulations. In the last two decades, the number of district councils in Accra has increased by 600%, primarily due to their role in elections. This hinders the city’s capacity to provide services to its mainly low-income residents.

Similarly, Jamie Hitchen (2022) illustrates how tensions between Sierra Leone’s national and local governments impede reforms in Freetown. The paper reports that central authorities obstruct improvements, by restricting the autonomy necessary for the municipal government to undertake development projects. For instance, the national authorities introduced initiatives that make it more difficult for the provincial government to collect adequate revenue to deliver services. They also created new bureaucratic positions of power to undermine or oppose the elected mayor. The municipal council’s polarisation adds another layer of intricacy. Diverse interest groups, with competing goals, impede the council’s ability to act in citizens’ best interests.

Finally, George Michuki and Karuti Kanyinga (2022) investigate how ethnic politics, with crony capitalism and interest-based elite pacts at its core, defines Nairobi’s administrative structures. Because weak administration characterises the city’s politics, attempts to make Nairobi more inclusive have had no tangible results. In addition, urban residents do not consider the city their home, which hinders efforts to hold municipal officials accountable for failing to provide the required services. In the past, reforms to decentralise authority and effect change at the conurbation level were unsuccessful. Nonetheless, the paper optimistically notes there is hope that the 2010 Constitution has the potential to empower citizens to hold county officials accountable, and to change residents’ attitudes towards Nairobi. 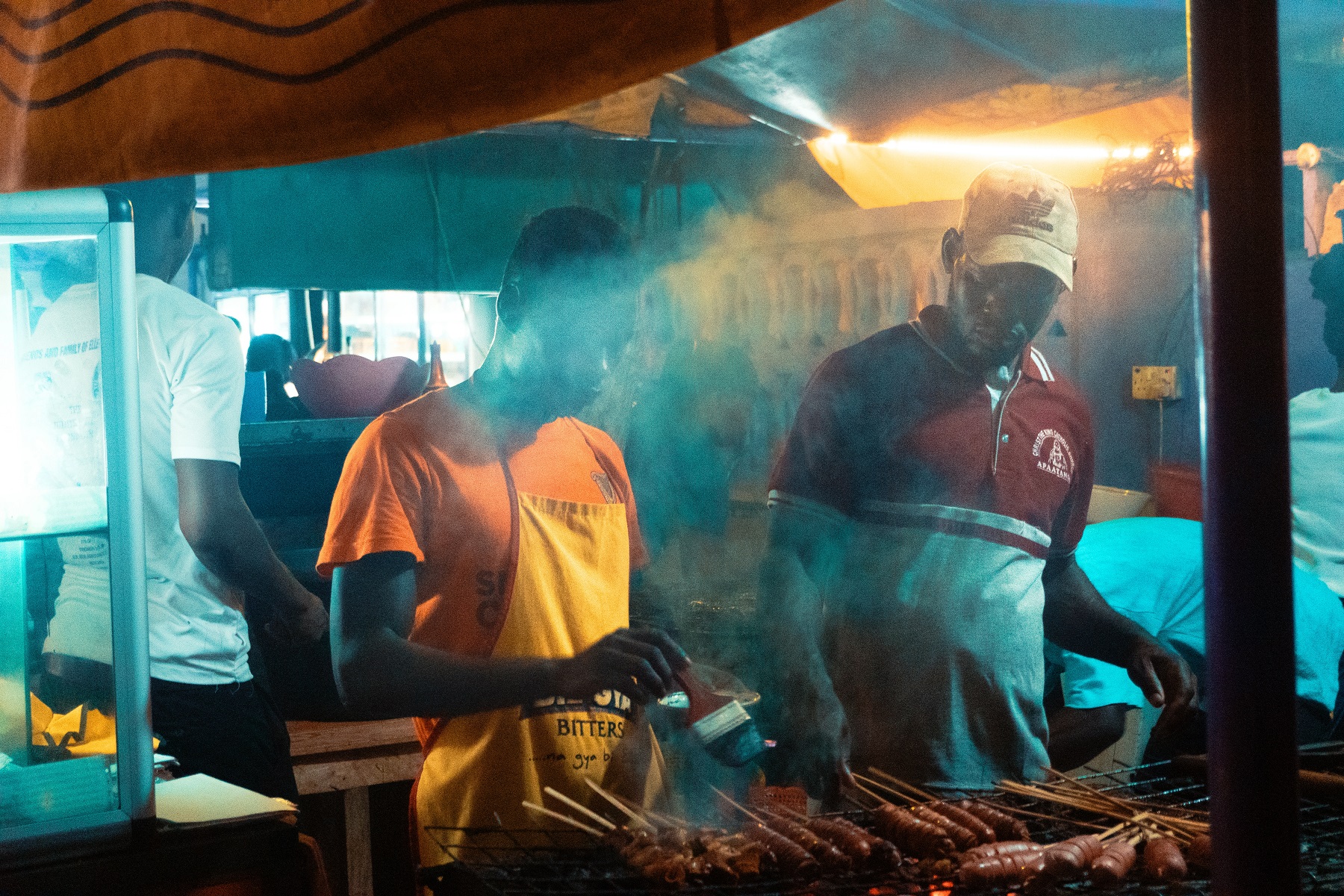 A food stall in Osu, a neighbourhood of Accra. More than 80% of Accra’s labour force is employed in the informal sector. Photo credit: Seyiram Kweku / Unsplash

Relationships between local authorities and residents

In addition to the centre–city interface, another set of papers explored the relationship between local authorities and the urban residents they govern. James Mensah (2022) observed that over 80% of Accra’s labour force is employed in the informal sector. However, the government does not give this sector the consideration it deserves. The sector suffers, due to the competition and struggle between the many factions competing for power over the city. Added to this is the contention ensuing from the jurisdictional overlap between the central and local authorities. The sector is also impaired by the way in which municipal regulations are formulated and enforced. Michael Roll (2022) notes that the urban changes implemented in Lagos from 1999 to 2015 were ineffective. He backs this assertion with evidence, by pointing to how the design, planning and implementation of the city’s regulatory framework marginalises the poor.

The last set of papers presented at the ACRC-convened sessions dealt with reform coalitions and how they insert themselves into governance spaces. Alice Sverdlik (2022) shows that urban coalitions played a vital role in the response to Covid-19. She points out that many groups, such as NGOs and business establishments, have allied with the government to respond to the Covid-19 pandemic. However, Badru Bukenya (2022) questions propositions that relate modest Covid-19 impacts to government responses. He highlights that examination of events in Uganda reveals that the government’s pandemic response was ad hoc. He also highlights that the response was instrumentalised as a political tool to weaken the opposition further, with past and current military personnel participating in the exercises in a manner that stifled what little air existed for political opposition in Uganda.

Finally, Hita Unnikrishnan and Vanesa Castán Broto (2022) provided crucial insights into the landscape of co-production in the continent, in a paper investigating the future of urban energy in Africa. The research illustrates how diverse power arrangements, operating across several levels of interaction, impact the implementation of co-production with varying degrees of effectiveness.

Overall, the papers in the ACRC-led sessions highlight the significant strain that African cities are under. Many of these difficulties are deeply rooted in political economy and governance issues at different levels. Typically, city governments lack the budgetary, political and bureaucratic capacity to manage complex problems because they are placed within multi-levelled systems of governance that are often dysfunctional and do not provide them with resources and authority to address their needs. The discussions concluded that African cities need social, economic and administrative transformation to meet the present and future challenges.

All papers listed were presented at the DSA Online Conference, “Just Sustainable Futures in an Urbanising and Mobile World”, UCL, London, 6-8 July 2022.

← Reflections from the UTA-Do African Cities Workshop, Part 3: Reimagining the city Uncovering experiences of Covid-19 vaccination programmes in informal settlements →
We use cookies on our website to give you the most relevant experience by remembering your preferences and repeat visits. By clicking “Accept All”, you consent to the use of ALL the cookies. However, you may visit "Cookie Settings" to provide a controlled consent.
Cookie SettingsAccept All
Manage consent