This blog is the fifth in a series exploring different aspects of city development and urban change in Africa, featuring contributions from researchers and practitioners working within the African Cities Research Consortium.

The first blog looked at how the size and the spatial distribution of large cities changed between 1800 and 2020, the second blog explored Africa’s largest cities viewed over the last 16 centuries, the third blog delved into what we don’t know about these cities, and the fourth blog considered what we do know – with a focus on the drivers of contemporary urban change.

How do you plan, manage and govern a city with no data about most of the population, most enterprises, most workers, most housing and often most land transactions and land use changes?

How do you run an effective healthcare system with no local data to inform you on the most serious illnesses, injuries and causes of premature deaths in homes and workplaces in your locality? This blog looks at the massive gaps in basic data for most cities (and city districts) in Africa and why these exist.

What we see, hear and can measure

In a previous blog, we noted how long and detailed Wikipedia profiles of cities in Africa paid very little attention to informal settlements and the lack of provision for basic services evident in most cities.

So much of what is going on in cities is invisible or only partially visible – and unrecorded. It is common for cities in Africa to have 30-80% of their population in informal settlements for which there is little or no data. This usually means no maps, no official street names and no registered addresses. Also no data on housing conditions or on provision for water, sanitation, drainage and basic services.

There is a comparable lack of data about informal enterprises – what they are and what they do. And, more broadly, there is the lack of data on the informal economy, despite its importance for the city economy and even greater importance as the source of livelihoods for most of the low-income population. In high-income nations, employers have to report on employee deaths, serious injuries or illnesses and extended periods off work, but this does not work for informal enterprises and may not function at all. So occupational health and safety issues are ignored.

We know much more about the very visible aspects in cities that can not only be seen or heard but also recorded – counted or measured. You can count people, buildings, businesses, motor vehicles – and set up systems to record them. But in many cities, informal settlements and the people, buildings and enterprises they contain still do not get counted. Which also means that that residents’ needs are not articulated.

For some risks, data can be collected from specialist equipment – for instance, air pollution and temperature monitors. But we cannot set up monitors that automatically record each occurrence of diarrhoeal diseases or traffic accident, although they can be recorded (and monitored) through hospital or healthcare records. But this requires reporting systems that are often not in place or, if they are, have very partial coverage (and for instance, no data from informal healthcare providers).

We know less about many (less visible or invisible) factors that create or influence cities. These include capital investment and income flows in or out of a city (including remittances). For each city, these include informal (and often formal) labour markets, land prices and availabilities (especially in informal land markets) and the quality and reach of public services. 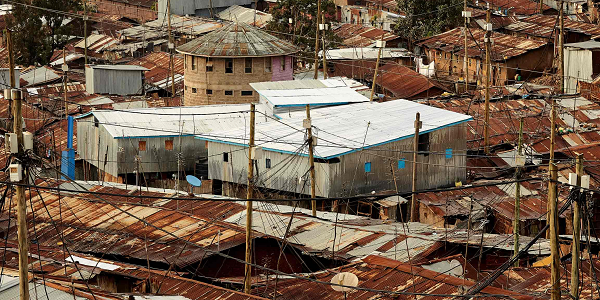 “Censuses are a public good”

It is part of the function of government to collect data needed for planning, managing, servicing and governing city populations and enterprises. Censuses provide valuable data on a range of indicators relevant to health, wellbeing and housing and living conditions. They are also unique in that they cover (or should cover) every individual and household. This means that they can provide data disaggregated down to each city – and far beyond this, to each street and to the smallest political/administrative divisions. Here, data can inform each local initiative.

So it is valuable for all levels of government and for citizens and civil society groups concerned with local issues – to be able to see (for instance) the quality of housing or of provision for water and sanitation in each street or ward/district. This is particularly valuable in showing exactly where the worst quality housing or the worst provision for water and sanitation are located. A Brazilian statistician (whose name I sadly did not get) made the comment that “Censuses are a public good”. In Brazil, census data is available to local governments and the public and for each locality. But in my travels in Africa over 35 years, I have asked many local politicians and city officials whether the national statistical/census office provides them with relevant local data and, invariably, the answer is no.

Unlike Brazil, most African census authorities do not make the disaggregated data available to the public or even to local government. They see themselves as serving national government, not local governments. Censuses are also expensive – which is why they are generally done every ten years. There are also many nations where censuses are not regular and some that have had no census for 20 or more years – see Table 1. For some nations, internal conflicts have made censuses impossible, including Somalia, Congo PDR and Eritrea. Estimates suggest that Congo PDR’s urban population has multiplied fivefold since its last census. Nigeria’s last census was in 2006; its urban population has doubled since then.

Table 1: Year of the most recent census

For some nations, there are also worries about accuracy; for instance, state governments inflating their population figures to get more funding from central government. For many, there are worries of completeness – for instance, the failure to cover most informal settlements’ residents because the interviewers are frightened to go to their homes and/or because there are no maps to guide them (as in these examples from Cairo).

Good health data should fill some of the data gaps. But in many cities, vital registration systems are not functioning or have limited coverage – depriving city governments of valuable data on premature deaths and their causes and locality – exactly what national sample surveys cannot provide. Also, how many hospitals and healthcare centres are keeping records that should form a key part of neighbourhood, city and national data on health? (This case study explores the strengths and weaknesses of using hospital records.)

Household surveys are much cheaper than censuses, as they draw data from far fewer households. The Demographic and Health Surveys (DHSs) provide great detail on health, population and nutrition. For instance, Nigeria’s 2018 Demographic and Health Survey runs to over 700 pages. DHSs have been implemented in most African countries and for many nations they are done every few years, so key trends can be assessed. But their data is not available for cities. The Nigerian 2018 DHS has no mention of cities. The DHS survey samples that are too small to be able to provide statistically valid data on individual cities, let alone data needed at neighbourhood level. They provide findings for urban and rural populations and sometimes by state – but this too is no use for city and sub-city governments.

Much of the data that governments and international agencies generate and use is from national sample surveys. This can also be seen in the data on provision for water and sanitation that is used to monitor progress on the Sustainable Development Goals (SDGs). These have become increasingly detailed in the range of indicators but remain very aggregated; coverage is reported for national, rural and urban populations. 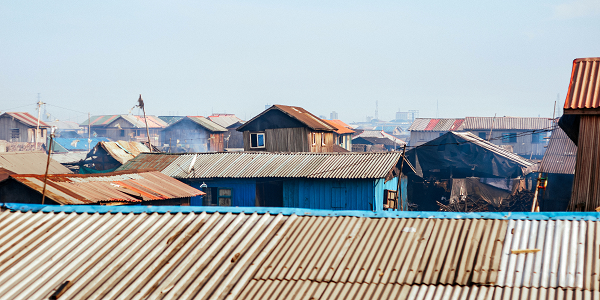 It is worth reminding ourselves that the United Nations is an inter-governmental organisation governed by and accountable to member states (national governments). Most UN agencies have a national government perspective to all aspects of their work. This includes the SDGs and how their progress is measured, and the Paris Agreement.

But much of what has to be done falls to city governments. In most nations, this requires city governments with more power, capacity, funding and accountability. Yet it has proved very difficult to get attention focused on this, with local governments having even been classified as among ‘other stakeholders’ in some instances. Recognising their importance as the core of government for not only local issues, but global and national ones as well, is imperative for gathering better, more representative data.

← Partner Spotlight: The University of Manchester The political opportunities and obstacles associated with Africa’s urban challenges →
We use cookies on our website to give you the most relevant experience by remembering your preferences and repeat visits. By clicking “Accept All”, you consent to the use of ALL the cookies. However, you may visit "Cookie Settings" to provide a controlled consent.
Cookie SettingsAccept All
Manage consent