This blog is the seventh in a series exploring different aspects of city development and urban change in Africa, featuring contributions from researchers and practitioners working within the African Cities Research Consortium.

The first blog looked at how the size and the spatial distribution of large cities changed between 1800 and 2020, the second blog explored Africa’s largest cities viewed over the last 16 centuries, the third blog delved into what we don’t know about these cities, the fourth blog considered what we do know, the fifth blog explored the invisibilising impact that a lack of data can have on city residents, and the sixth blog highlighted alternative sources that can help fill these data gaps.

What we measure turns out to be the key. Table 1 lists the cities with the largest average annual population growth rates. But if we measure annual average increments in city population, a completely different list of cities emerges – see Table 2.

A city’s population growth is usually measured by its annual average population growth rate. But city and national governments need to know the absolute change in population each year, as this is the number of newcomers (by birth or in migration) needing housing and public services.

Perhaps surprisingly, we get so used to discussions of fast-growing cities that perhaps we forget to look at slow-growing or even shrinking cities. Of the 1,860 cities included in the UN database, for 2000 to 2020, 107 had populations that were declining or not growing, but only two of these were in Africa (Qacentina in Algeria and Bulawayo in Zimbabwe). 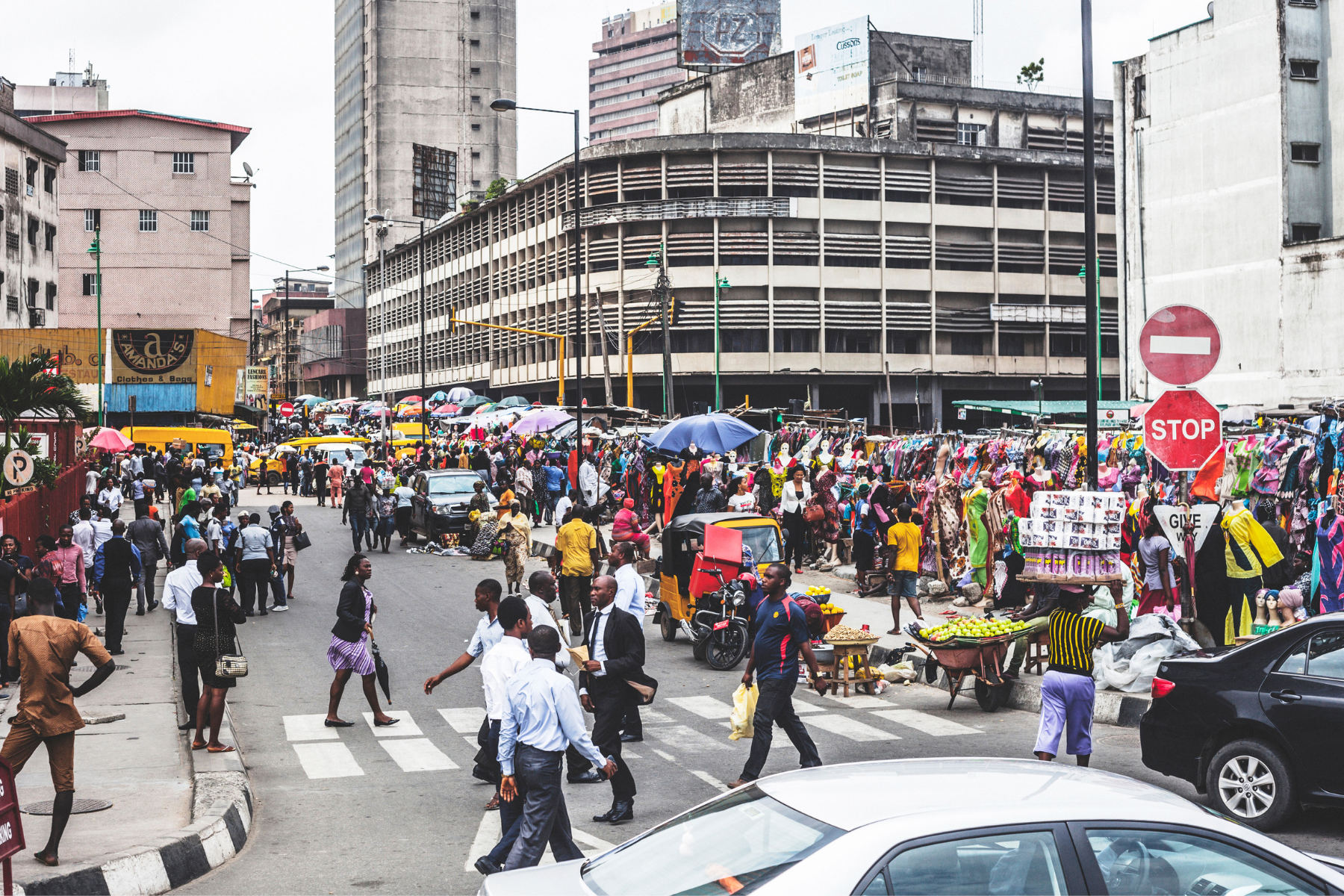 Which cities are analysed?

Any list of the fastest growing cities will be heavily influenced by the selection criteria used. Tables 1 and 2 draw from the UN Population Division’s database, which includes all cities that had 300,000 or more inhabitants in 2018. By 2020, for the 20 fastest growing cities, only five (Abomey-Calavi, Abuja, Nnewi, Matola and Mwanza) had reached a million inhabitants. Only these same five cities were among Africa’s 100 largest cities. Evidently then, many of the fastest-growing cities are still relatively small.

Looking at Table 1, Abuja, Nigeria’s capital, features because it concentrates power and wealth in the largest economy in Africa. Unusually, it is likely to remain one of the fastest growing cities in Africa in terms of both criteria – annual population growth and annual average increments in population.

Among the other cities in Table 1, three (Matola, Abomey-Calavi and Ruiru) are suburbs of larger cities, one is within a larger city (Gwagwalada within the Federal Capital of Nigeria) and nine are provincial/state capitals (Mwanza, Lokoja, Malanje, Cuito, Mekele, Songea, Bunia, Kabinda and Mbouda). In each of these cities, there are varied and ever-changing specific local contexts and subtleties, and changing external influences. For instance, people who had been evicted from their homes in Abuja accounted for part of the very rapid growth in Gwagwalada. The population and economy of Bunia is influenced by the large military base for the UN peacekeeping force located there.

If we had used a lower population threshold as a criterion for inclusion, this would have changed the list of the fastest growing cities. This can be seen in City Population’s country reports, which include all urban centres. They show some smaller urban centres with population growth rates that are much higher than those in Table 2.

The world’s largest cities never appear in lists of the world’s most rapidly growing cities if population growth rates are used to compile this list – although they inevitably did so when they were smaller. The larger a city’s population at the beginning of any period for which population growth rates are being calculated, the larger the denominator used to divide the increment in the city’s population. So it is not surprising that most of the cities in Table 1 had a relatively small population in 2000. All had fewer than a million inhabitants; four had fewer than 100,000.

When reviewing inter-census changes in population for all urban centres in a country, there are often small cities with very rapid population growth rates for one or two census periods – much more rapid than the cities in Table 1. Many small cities have doubled their population in ten years – for instance, as they take on new government functions or develop as tourist centres.

But most do not sustain this very rapid growth; if they did, they would become large cities. A very large city of 15 million is not going to grow to 30 million in a decade – although some very large cities have doubled, or close to doubled, their population in the last two decades, including Kinshasa, Lagos, Luanda and Dar es Salaam (see Table 2).

Cities with the largest increment in population

If we consider the absolute number of people added to city populations each year, the largest cities figure prominently as the most rapidly growing cities. The scale of their population increment is astonishing: Kinshasa acquiring an average of 410,000 new residents a year between 2000 and 2020; Cairo 364,000; Lagos 354,000 (see Table 2). Cairo is an example of a city that has a relatively low population growth rate (2.2% a year over 20 years) yet a very large increment in its population.

Very large cities, with more people moving out than moving in during 2000-2020, still had large annual average increments in their populations, because of their very large size and rate of natural increase. Some caution is needed, however, when comparing increments in population between cities, because boundary extensions, or changing city or metropolitan government systems (which produce different boundaries) often include large populations that were not previously considered part of a city.

There is a great enthusiasm for lists of cities and their populations’ rate of change. For example, an IIED blog with a focus on the Global South was our most-read blog of 2020 – achieving significantly more hits than an excellent series about how community-based organisations are addressing Covid-19 in informal settlements

“League tables” of cities need to be drilled down to work out what is really going on – and what all this could mean for the future of African cities more generally. Is Africa really going to have dozens of 10-million-plus mega-cities, as some projections suggest? Mega-cities need mega-economies.

We need studies of cities with depth and detail, a strong knowledge of local context and the capacity to engage low-income groups and local authorities. Providing these for a range of cities is at the centre of the African Cities Research Consortium’s work, with the first set of city scoping studies now available to download.

← Partner Spotlight: UNU-WIDER Partner Spotlight: Partnership for African Social and Governance Research (PASGR) →
We use cookies on our website to give you the most relevant experience by remembering your preferences and repeat visits. By clicking “Accept All”, you consent to the use of ALL the cookies. However, you may visit "Cookie Settings" to provide a controlled consent.
Cookie SettingsAccept All
Manage consent