This blog is the eighth in a series exploring different aspects of city development and urban change in Africa, featuring contributions from researchers and practitioners working within the African Cities Research Consortium.

The first blog looked at how the size and the spatial distribution of large cities changed between 1800 and 2020, the second blog explored Africa’s largest cities viewed over the last 16 centuries, the third blog delved into what we don’t know about these cities, the fourth blog considered what we do know, the fifth blog explored the invisibilising impact that a lack of data can have on city residents, the sixth blog highlighted alternative sources that can help fill these data gaps, and the seventh blog examined how population growth rates are measured.

Most of Africa’s urban population do not live in large cities. They live in thousands of small and intermediate urban centres. So how many of these can you name? When we think of urban change and urban issues, is it only the relatively few large cities that come to mind?

On that note, has this blog series focused too much on large urban centres, especially Africa’s 100 largest cities? Did the list of Africa’s 20 fastest growing cities by annual average growth rates in the previous post produce some surprises, as it featured many relatively small cities, which are poorly covered (or absent) in the literature?

Considering rural and urban populations, most of Africa’s population either live and work in small or intermediate urban centres, or depend on them for access to goods, public and private services and markets. They are the urban centres with which most rural people and rural enterprises interact. Many small and intermediate urban centres are also critical nodes within national and regional transport and communication systems. Most are centres of some government services, such as schools and healthcare.

Across global regions, two to three times more people live in urban centres with fewer than 300,000 inhabitants, than in 10 million-plus mega-cities. If we count all cities with a million or more inhabitants as “large” cities, then 64% of Africa’s urban population lived outside these in 2020.

There are no UN statistics on the distribution of the urban population across different-sized urban centres below 300,000 inhabitants. It would be useful to know more, for instance, about the role of urban centres with under 50,000 inhabitants, or under 20,000 or under 2,500 – which might enable us to identify small towns that are agricultural service centres, for instance.

A review of 32 censuses in Africa that list all urban centres and their populations shows that small and intermediate urban centres form a significant part in most national populations.[1] Urban centres with fewer than 20,000 inhabitants generally constituted between 5% and 10% of their nation’s total population; this proportion was exceeded in Guinea Bissau (2009), Mali (2009), Mauritius (2011) and Rwanda (2011).

These census lists also remind us of just how many urban centres there are – many African nations have hundreds of them. We are reminded too of how many of these have fewer than 20,000 inhabitants:

So, all countries have settlements with between a few hundred and 20,000 inhabitants that can be classified as small urban centres or large (and very large) villages. A nation’s urbanisation levels are influenced by the extent to which these are designated as rural or urban areas. If a country uses the threshold of 20,000 inhabitants, then many urban centres are classified as rural. Thresholds vary markedly: 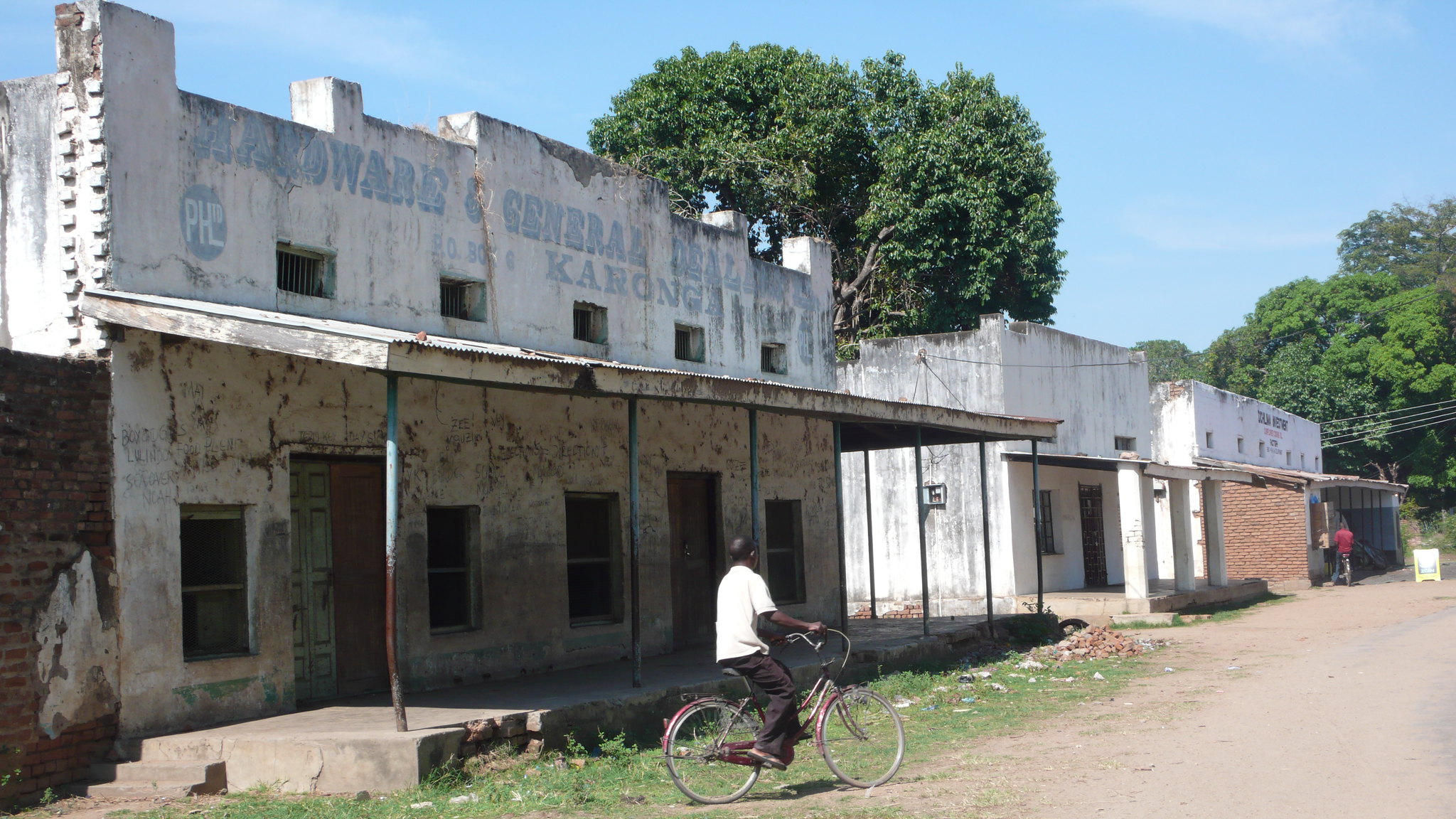 Despite having more than 50,000 inhabitants, the township of Karonga in Malawi has almost no government to address statutory duties. Photo credit: Micah MacAllen / Flickr (CC BY-NC-SA 2.0)

So welcome to the world of small and intermediate urban centres – for which there is so little data but still so much debate on how they should be defined and studied. We do know that all countries have settlements of between a few hundred and 20,000 inhabitants that can be classified as small urban centres or large (and very large) villages. Nations’ urbanisation levels are influenced by the extent to which these are designated as rural or urban areas by national governments.

I have been part of several research initiatives on small and intermediate urban centres, working with partners and partner institutions in Africa, Asia and Latin America. The most ambitious of these was carried out more than three decades ago. Led by Jorge Hardoy from IIED-América Latina, we looked at demographic, economic, social and political change for small and intermediate urban centres in regions in India, Nigeria, Argentina and the Sudan. These studies covered the last 100-150 years, to allow us to better understand long-term patterns and influences; a summary of the research findings was published in 1986.

We also prepared an annotated bibliography summarising the key literature on this topic at the time.[2] One notable issue within the literature was the contrast between highly detailed and in-depth case studies of particular urban centres with little interest in comparisons with other urban centres and more policy-oriented literature, with many generalisations (and recommendations) whose validity could be questioned.

Part of the research entailed interviews and dialogues with local politicians and civil servants in a range of intermediate urban centres in Kenya. In one urban centre, I asked the town clerk, “What is key to the town’s success?” He replied, “A strong frost in Brazil.” (The town was a service centre for coffee – frost would cut Brazil’s production and push up world prices). This awareness of international interconnectedness was before the internet too.

There were also assessments of development programmes in a range of small and intermediate urban centres in India and Uganda. We looked at the role and work of the Ugandan Homeless People’s Federation and its partnerships with local governments in Jinja. The issue raised here, and in discussions in other intermediate cities, was the importance of good working relations between local government and their low-income population – especially with organisations formed by the urban poor

Then there was the research supported by the Urban Africa Risk Knowledge programme (Urban ARK) in the township of Karonga in Malawi. This is interesting, since it is a substantial town (more than 50,000 inhabitants) but has almost no government to address statutory duties. This is perhaps the most important issue for small and intermediate urban centres – the vast gap between their statutory responsibilities – that typically included primary and secondary education, public health, town planning, roads and transport, sanitation and drainage, street lighting, and solid waste disposal – and their capacities. Here, and in so many other urban centres, there is a huge gap between local government responsibilities and what is actually done.[3]

What catches the attention in these and other small and intermediate urban centres I have worked in is how each has a complex history, being shaped by a mix of internal and external influences. Other urban centres may have comparable influences but the particular mix of local context and responses are unique to each urban centre. What is also different in small urban centres is the desire of the mayor and or civil servants to engage with us unlike in large cities.

How might intermediate urban centres have flourished if there had been a real decentralisation of power and resources, and local government had had the funds and capacities to meet their responsibilities?

Nigeria provides an interesting case in this regard. Has its decentralisation through growing numbers of states (and state capitals) over the last few decades produced a more decentralised urban population?

[3] See: MZ Manda (2014). “Where there is no local government: Addressing disaster risk reduction in a small town in Malawi”, Environment and Urbanization 26(2).

← Applications now open for eight postdoctoral research fellowships at ACRC Urban development in Africa: Challenges and opportunities →
We use cookies on our website to give you the most relevant experience by remembering your preferences and repeat visits. By clicking “Accept All”, you consent to the use of ALL the cookies. However, you may visit "Cookie Settings" to provide a controlled consent.
Cookie SettingsAccept All
Manage consent